Web service "Machi Quest" that solves the mystery with a smartphone.

Let's actually make a quest this time! There is a recommended quest creation method!

Web service was started on 7 month after the rainy season, and "Town Quest" has been introduced as "Introduction" and "Practice" even in Tokyo Walkpo. In the practice version, I have actually made a quest with Ms. Ishihara, the developer ^ ^

Challenge the city quiz with your smartphone! Introduction to "Machi Quest" | Tokyo Walkpo

This time is a quest compilation. Let's actually make a quest. Way of enjoying "town quest" spreads more when we make quest ^ ^

This time, I will introduce how to make a quest created from my recommended PC.

At first we make quest

If you walk around the city like a walk or a trip while you are in a quest, take two pictures. 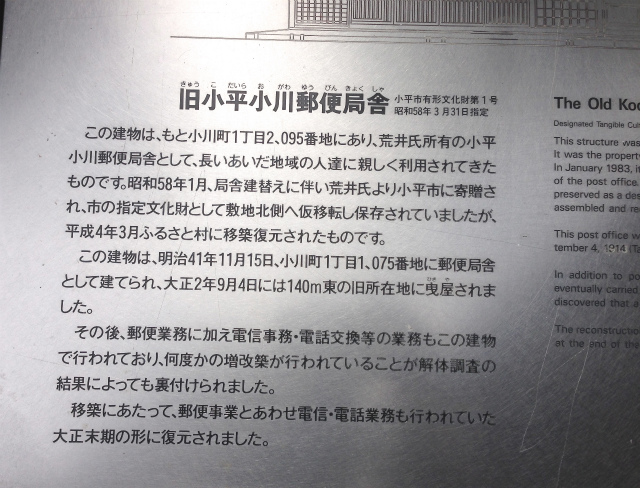 Photos that will give you tips on making issues

You can often see plates like the ones in the city's historical sites and historic buildings.

Let's take one picture of this picture first.

thisKodaira hometown villageThe old Kodaira Ogawa post office in Tokyo is "What was moved and restored in Heisei ○ year?" "What was erected in Meiji ○ year?" "What kind of street in Ogawamachi?" Problem is considered. 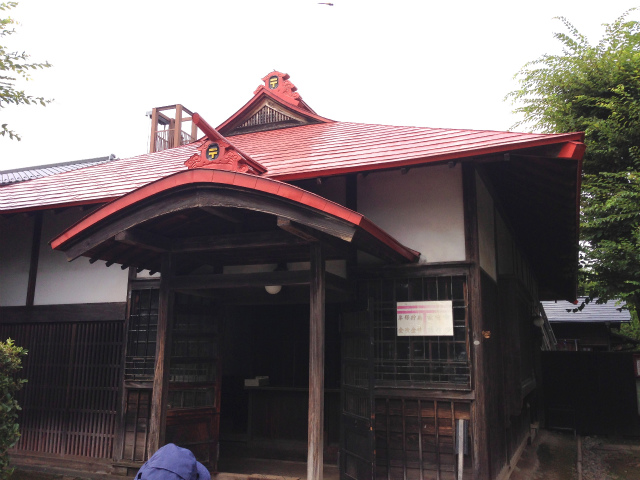 Take a picture of the quest feature

Let's take a picture of the "quest object" required when creating a quest. If it is a building, the appearance photograph is easy to understand. Take a photo of unknown answer while being a hint.

I took 2 photos. It is OK if there are these two to make a quest.

Make your quests slowly after you return home. 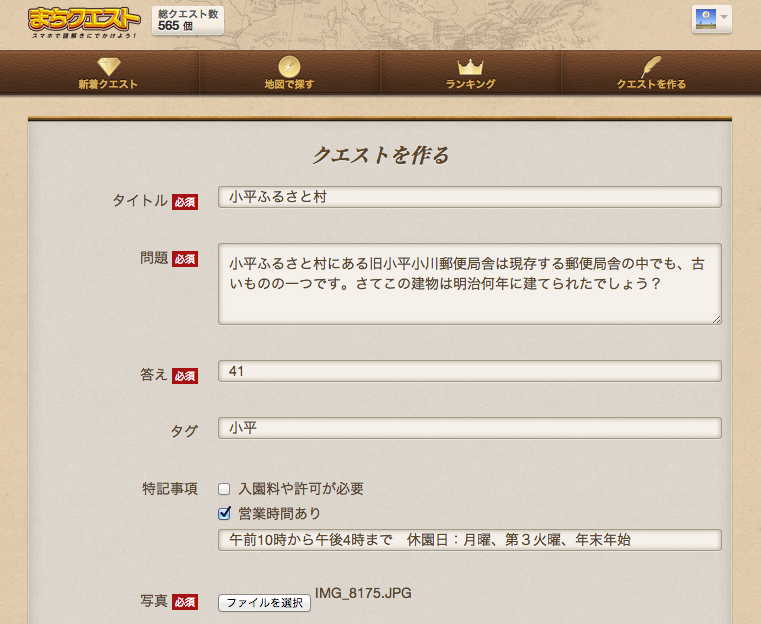 ↑ From here from your home PCTown questAccess to and make quests.

From the top "Quest Title"

OK with or without tags.

It is also interesting to put "place name", "gourmet" and "history" etc ^ ^

If the location of the quest is open for business hours and entrance fees such as shops and facilities, put a note in the "Notices".

"Photo" contains the eye catch photo of the quest. Let's upload the exterior picture of the building taken earlier. 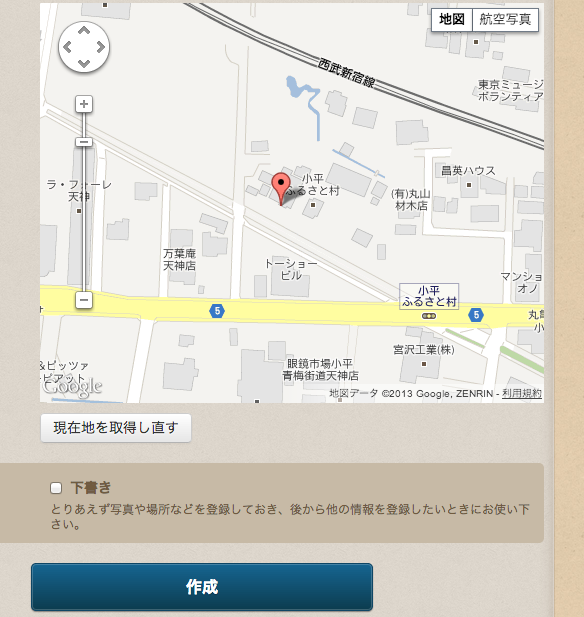 最後 Finally, identify the detailed location of the quest on the map.

Once you've entered everything, click the "Create" button and you're done!

The continuation of the problem becomes a mechanism that can not be seen unless it is within 100m of the quest place.

It's like this and it's easy to create quests, so make sure to make quests and see them in your local area or travel destination!

Since the town quest answers with numbers, it is easiest to use the current year as the answer, but it would be nice if there were a variety of problems as well. So I thought about other patterns of quest problems.

A puzzle solving system that has been thought out. The degree of difficulty is high, but it is interesting if such quests increase ^ ^

You may be able to create quests of various patterns just by changing your mindset a little.

"City quest" that is fun not only solving but making

Town Quest-Let's go solve the mystery on your smartphone!