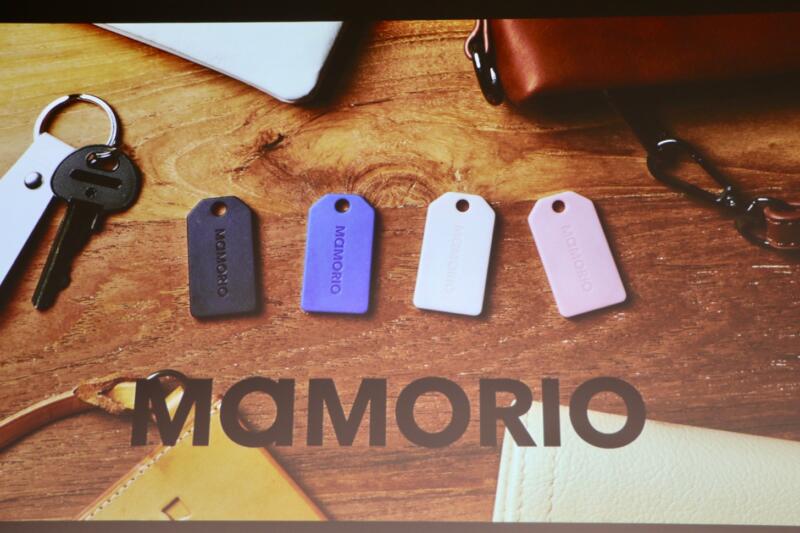 Japan's largest manufacturer of loss prevention tags for lost items and lost items "MAMORIO" announces new products and services!
This time, we will tell about the design of the presentation held in Tokyo on 2019 XNUM X Mon XNUM X! 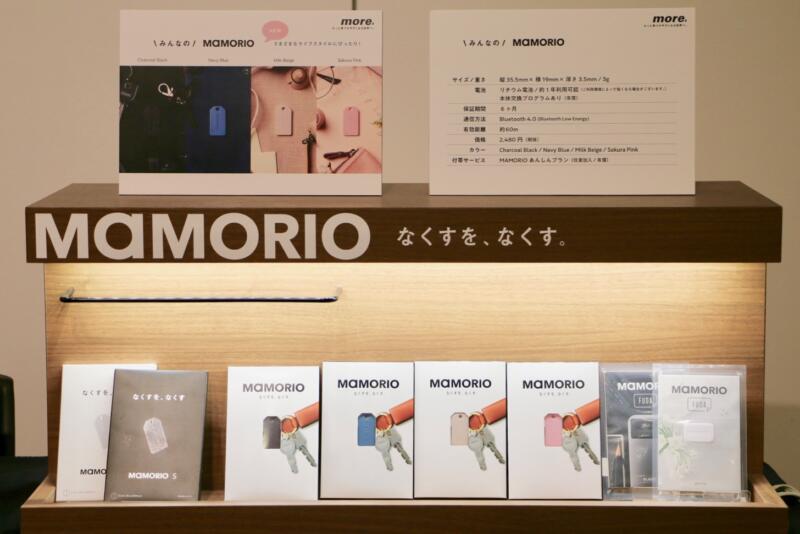 Speaking of "MAMORIO (Mamorio)", it has been introduced as a tag made of domestically produced lost items before!

The third generation of the new product "MAMORIO (model number: MAM-003)" was announced at the presentation on this day. 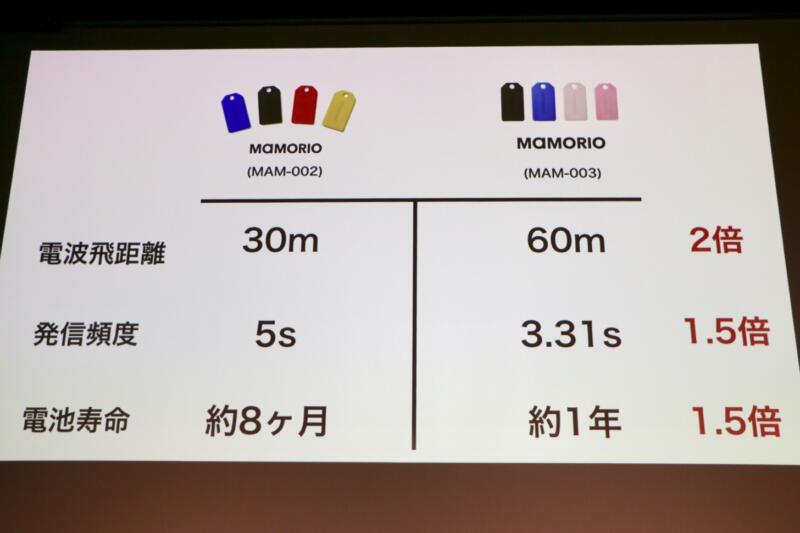 The new product "MAMORIO" has the smallest size and design in the world, and the radio flight distance has been improved to 2 times 60 times that of the previous model, and the battery life is about 1.5 years, which is 1 times XNUMX. 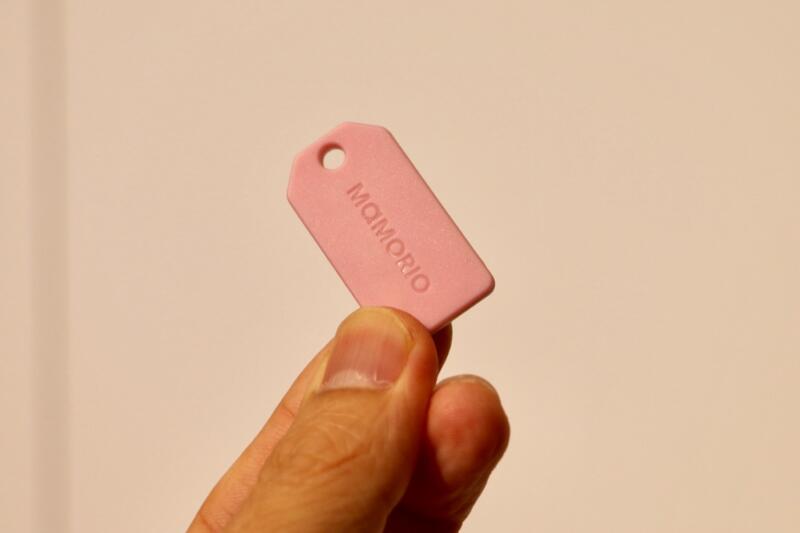 In addition to the concept color charcoal black and navy blue, the color variation also adds milk beige and pastel cherry pink, and the colors that women can easily carry are increasing! 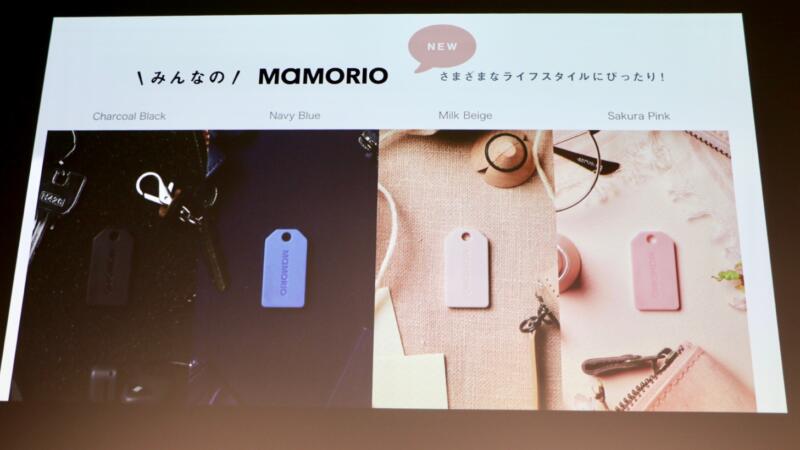 Also pay attention to the price!

The price has dropped by about 3 than beforeXNUM X yen tax excludingIt became quite affordable. It's the result of MAMORIO's corporate effort to improve performance and lower prices!

The new "MAMORIO" will start at YNUMA cameras, BIC cameras, home electronics stores such as Ashiya home appliances from 2019, 5, and 31 days,Amazon,RakutenSales will start at the same time. 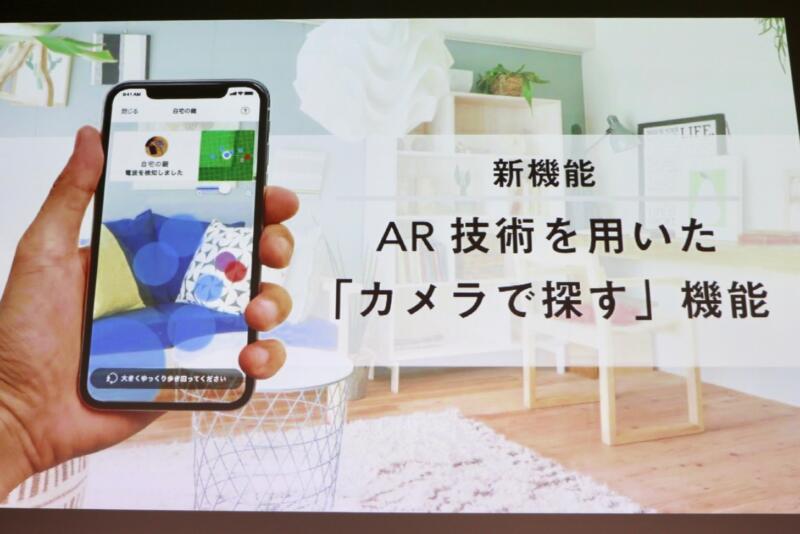 Next is a new function.

Until now, MAMORIO does not have the ability to emit sound by itself, so it has been a little inconvenient to look for when you lose something at home.

Meanwhile, it was added to the official appNew function "Find by camera"Is a function that uses AR technology to show the location of lost things by visualizing the radio wave intensity indoors with a camera.

↑ Here is the actual screen of the app. If you tap "Find in camera" in the app, the camera will start up, and if you look around while walking around the room, it will indicate the approximate location with an electronic marker from where the MAMORIO radio wave is strong.

The blue marker is a weak radio wave. The red marker feels like a strong radio wave, and if you look for the location indicated by the red marker, you may find a lost item. It looks like a little treasure hunt!

You can also find all the released MAMORIO! 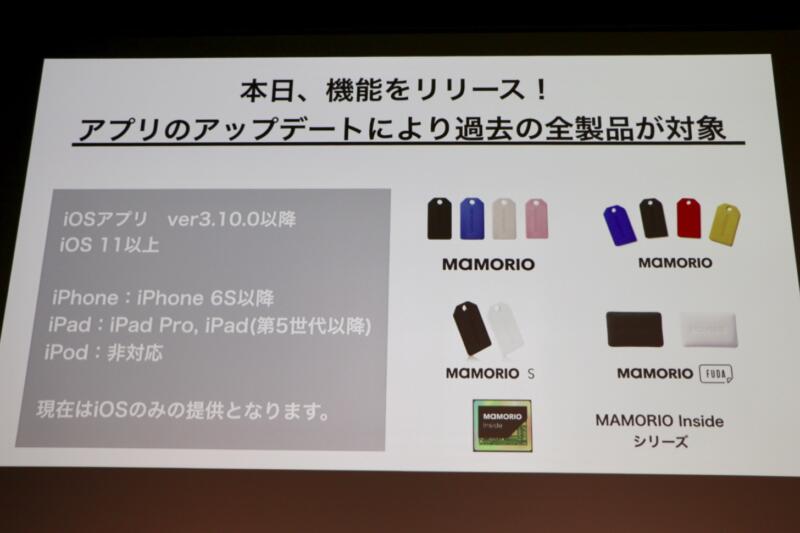 The official app with the new feature "Find in Camera" was released on the same day, and it seems that you can also search for MAMORIO released in the past with AR! I want to do this immediately (^ ^) 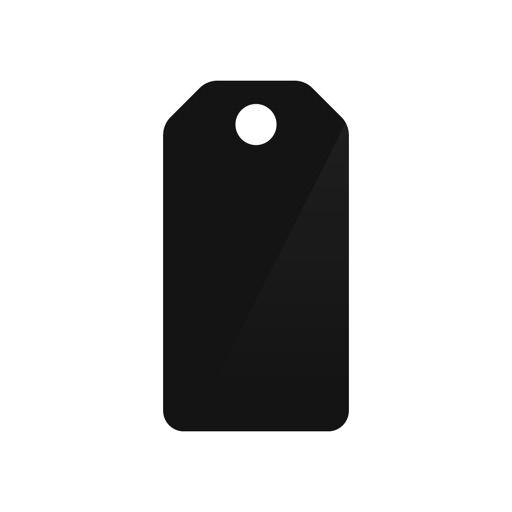 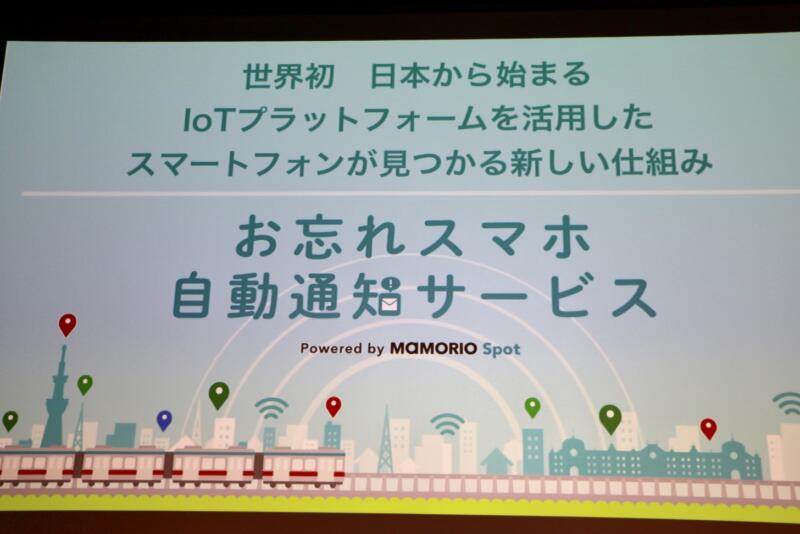 Finally a new service is announced!

New service "Forgotten smartphone automatic notification service"" Is a service that can discover smartphones early by using the "MAMORIO Spot" installed at the station when you forget your smartphones on railway lines across the country. 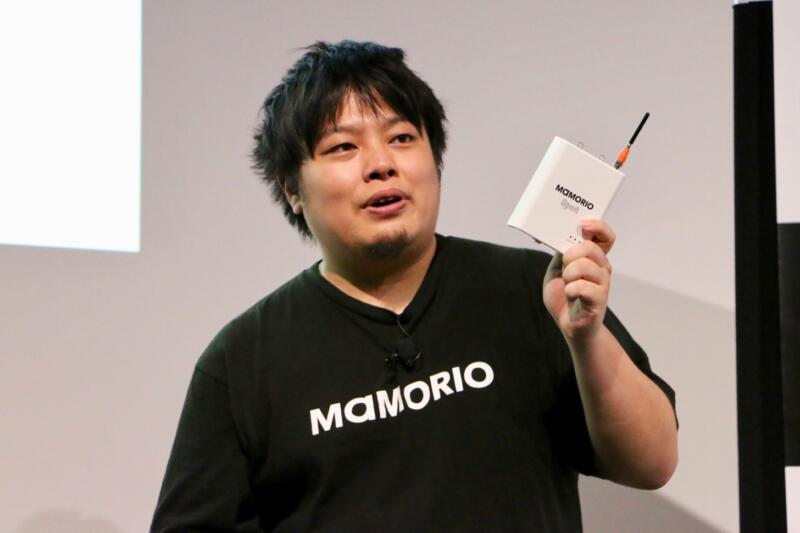 Until now, it was a service that a notification would be sent to the smartphone when a drop with a tag of MAMORIO reaches the station where the MAMORIO Spot was installed.

However, although I do not want to drop most recently"Smartphone" goes up to 1What was that. 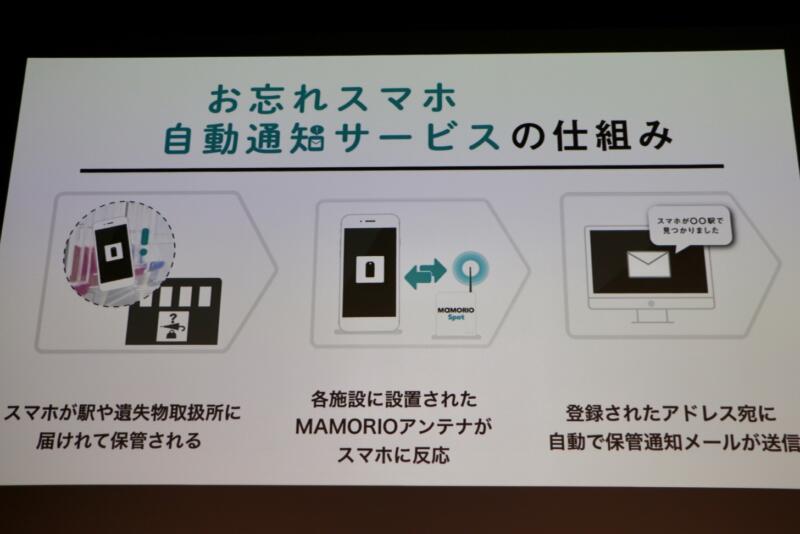 Therefore, the new service "Forgotten smartphone automatic notification service", when the smartphone containing the application of MAMORIO reaches the facility with MAMORIO Spot, the technology of Bluetooth beacon (Beacon) is used to make MAMORIO Spot react and automatic It is a very useful service that sends a storage notification to a registered email address.

In other words, even if you do not have MAMORIO on your smartphone, you can add the application of MAMORIO and register as a user.

And this isThere is no need for a separate contract and it can be used free of chargeThat's great. 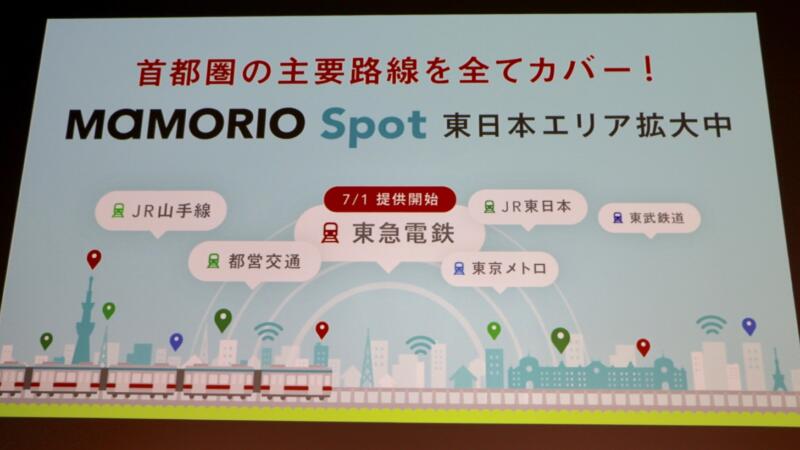 But you can't find it without MAMORIO Spot? If you think so, wait a minute.

MAMORIO Spot is being introduced in places where there are many things left behind, such as JR Yamanote Line, Tokyo Metro, Toei Transportation, Tobu Railway, railways and buses on 700 routes nationwide, Tokyo Sky Tree and Sanrio Puroland. 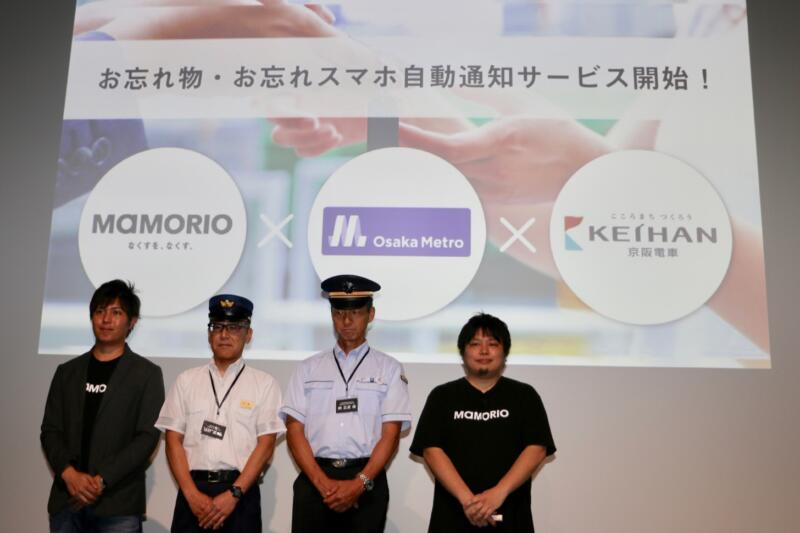 It is decided to introduce it to Keihan Electric Railway and Osaka Metro which run Kansai area from 6 month. The railway company seems to have lost hundreds of thousands of things a year, so the more this system, the more chances of finding it!

The installation place of the latest "MAMORIO Spot"click hereYou can also check from! 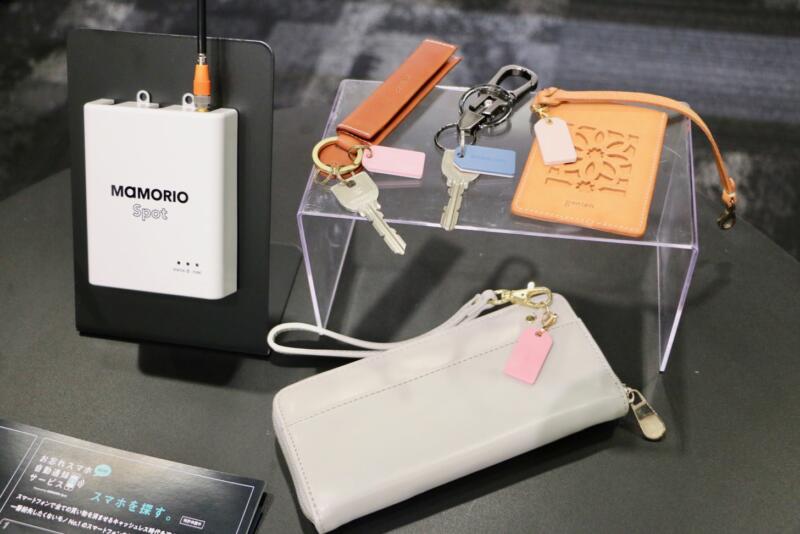 With that, I told about the appearance of the new product launch meeting of "MAMORIO CORPORATION".

The tag for preventing lost material "MAMORIO" is under the keyword "to lose," and we will do our best to eliminate lost material with the latest technology. I look forward to future announcements! 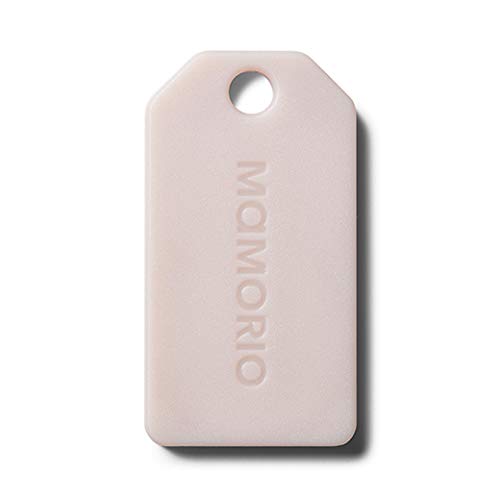 We publish information of Amazon

We also recommend the type "MAMORIO FUDA" to be attached 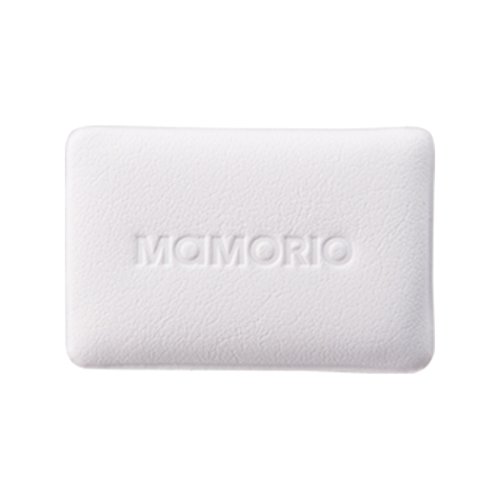 We publish information of Amazon