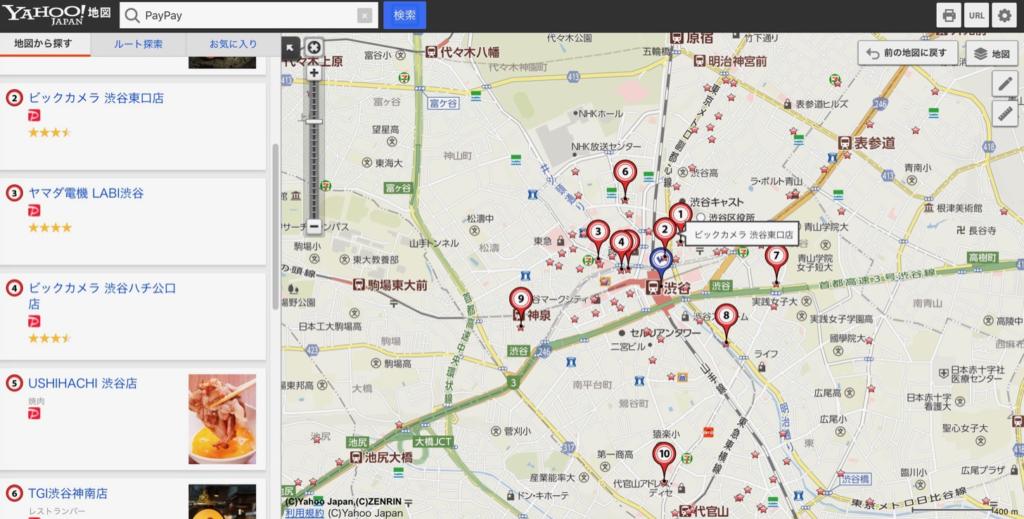 Hello, this is Tokyo walk baggage.

'Campaign to raise XNUM X billionSmart Phone Payment Service "PayPay". Provided by Yahoo! JAPANIf "Yahoo! map", you can search stores that can use PayPay by genre.

I can see the shop list even with the PayPay app .. 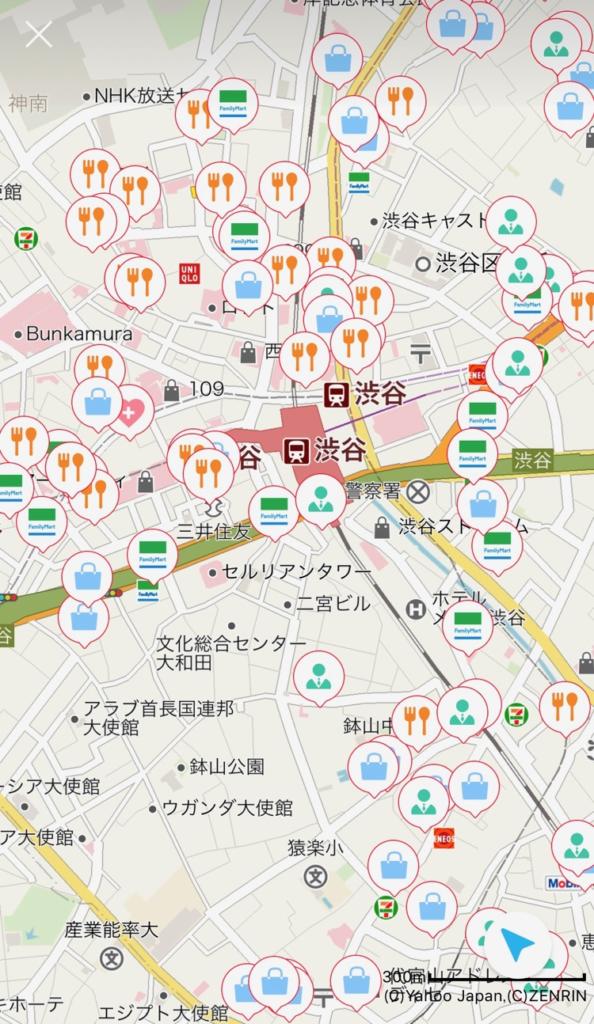 You can see the list of stores that can use PayPay within PayPay's app, but various stores are displayed in a mess, so it's a bit more difficult to find.

Although PayPay has already introduced Bic Camera and Yamada Denki and large chains in taverns at all stores, in fact it has been introduced in smaller shops in town.

If Yahoo! Map, PayPay shops can be searched by genre by genre

So I would like to pay attention to Yahoo's co-sponsored PayPay with SoftbankYahoo! Map. "

"Yahoo! Map" on the screen "PayPay ("PayPay" or "paypay" is also OK!)If you enter "", you will see shops that can pay PayPay on the map!

What's more interesting is that you can search for shops that can pay PayPay according to the genre of the shop!

If you enter "PayPay + Store Genre", you can search stores that can pay PayPay according to genre. 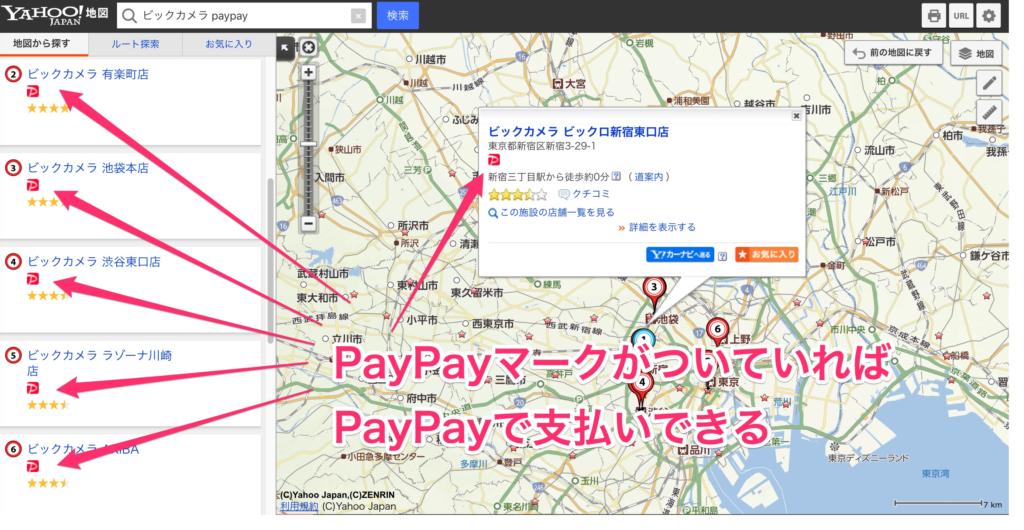 By the way, "PayPay mark" is displayed on the map screen for shops that can pay PayPay.So, I searched for various stores that can be PayPay by genre.

※ All links are "Yahoo! Map". If necessary, change the location and try searching again.
Also, when going, it is recommended to check again whether PayPay can actually be paid.

It would be most useful if this could be done within the PayPay app!

Y Mobile"If you are a smartphone user, PayPay equivalent to the entire payment amount will be returned 10 times with probability of XNUM times (up to 1 1 10,000 yen)

Even after the campaign is over, the PayPay points will be returned to many next year. Stores that can pay "PayPay" are increasing day by day, so after points are reduced, it is good to be able to PayPay at various stores!

Postscript: UNIQLO “1 free when you buy Heattech with PayPay” campaign has started! 1 / 10 “PayPay Thanks Day” is even more discounted! 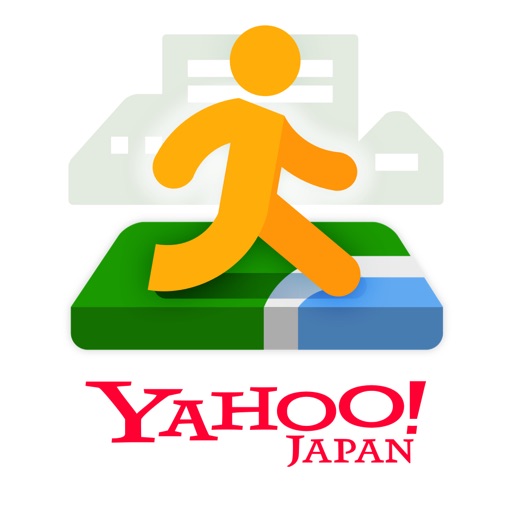 90% OFF! Hotel Kuo can be used to travel the New Year with Expedia ...