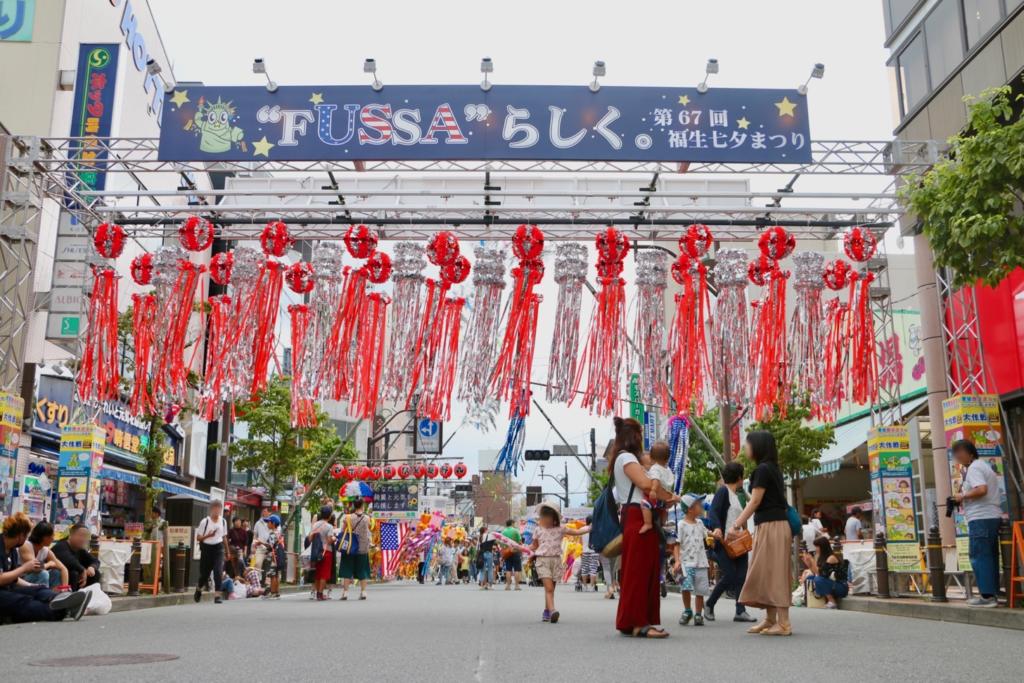 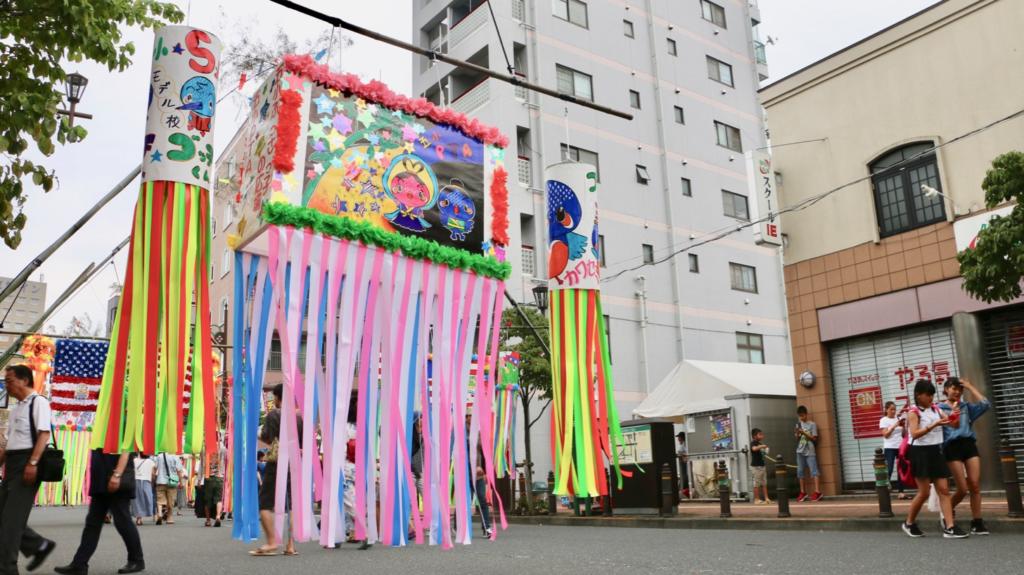 During the period, there may be more than 30 million visitors, and it was held with general vehicles closed (13: 30 to 21: 00) from the JR Fussa Station West Exit Square to the next JR Ushihama Station. It was.

This year's theme is "FUSSAIt seems. " 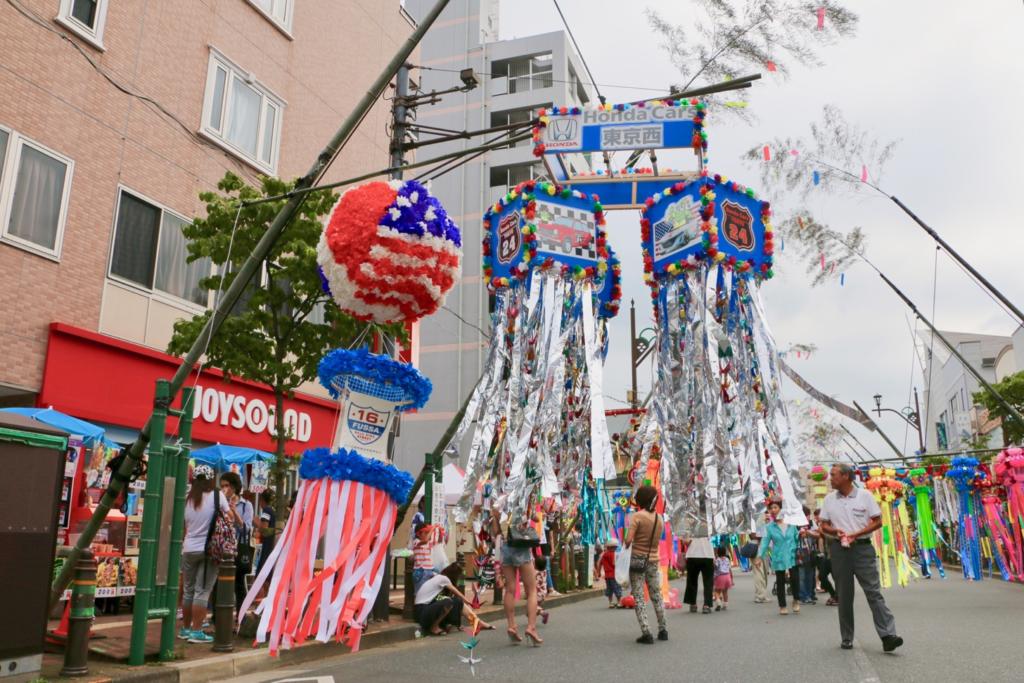 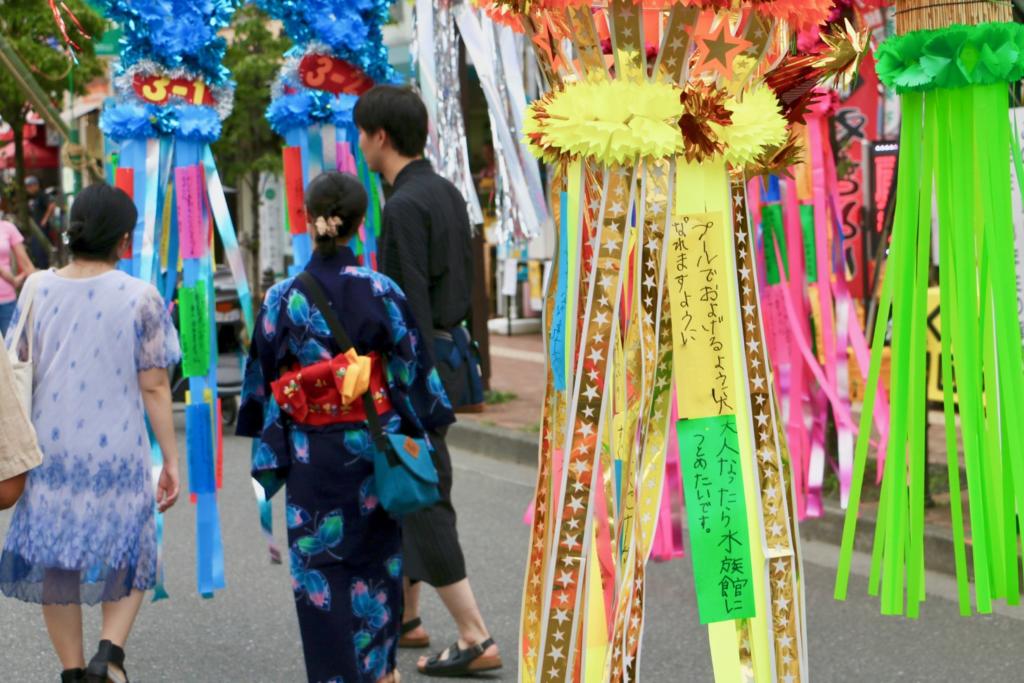 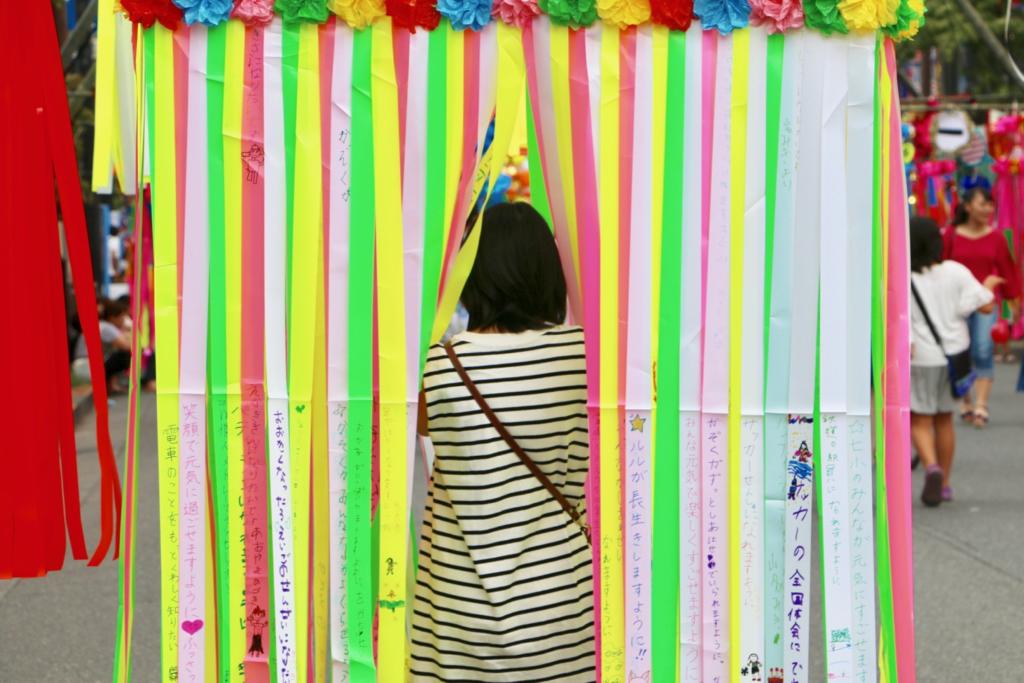 Many strips are on each one of the bamboo decorations! 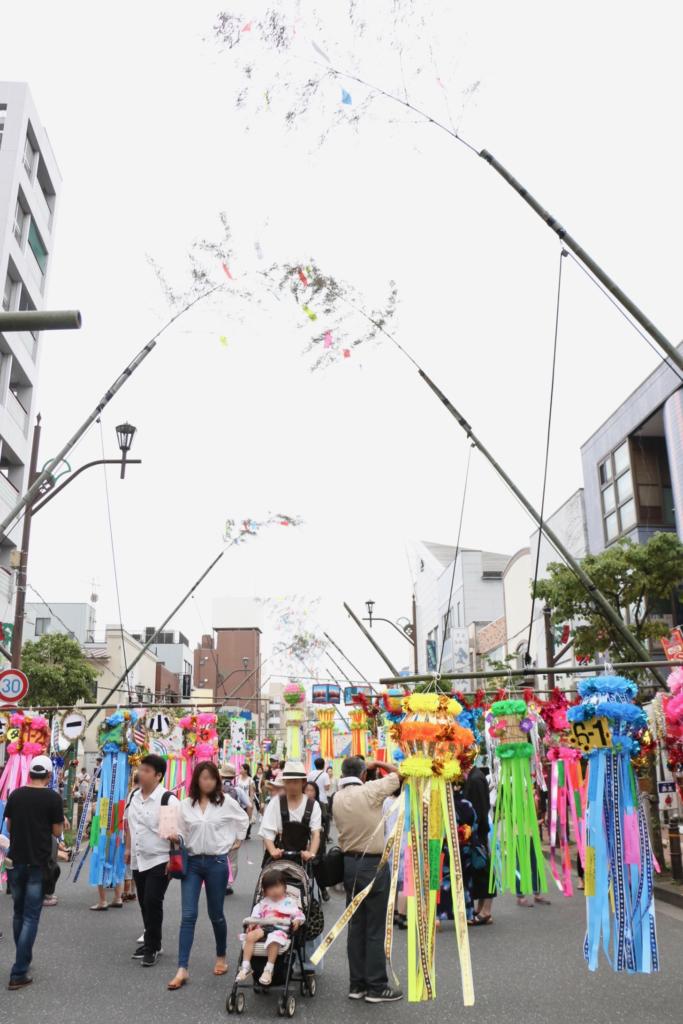 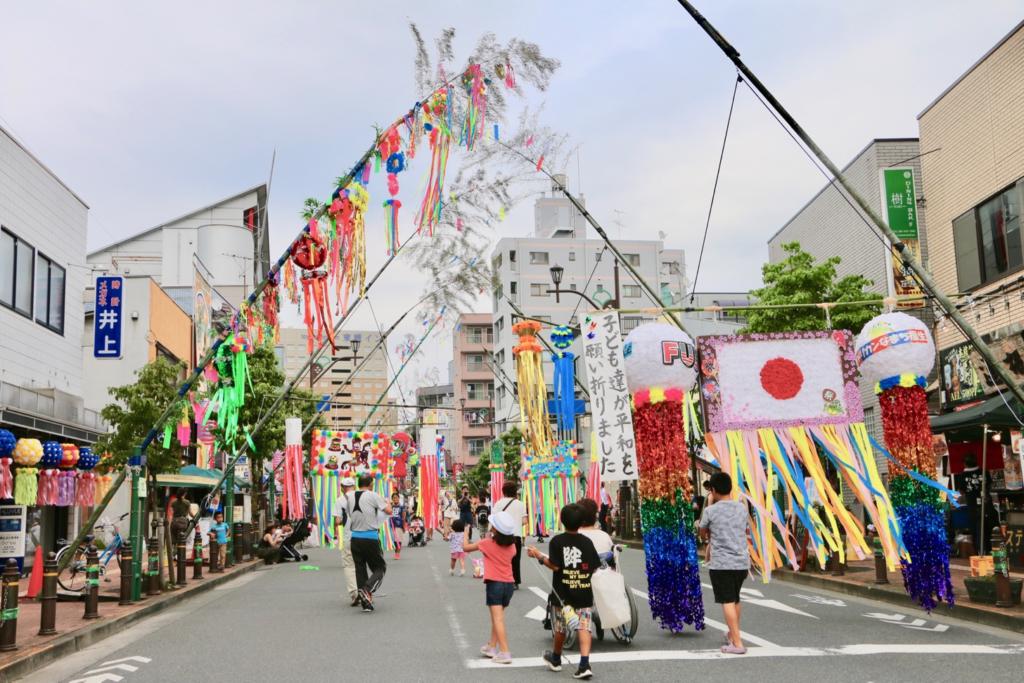 Even so, this bamboo decoration is quite big! It is only likely to be as high as the second floor to the third floor of the building. 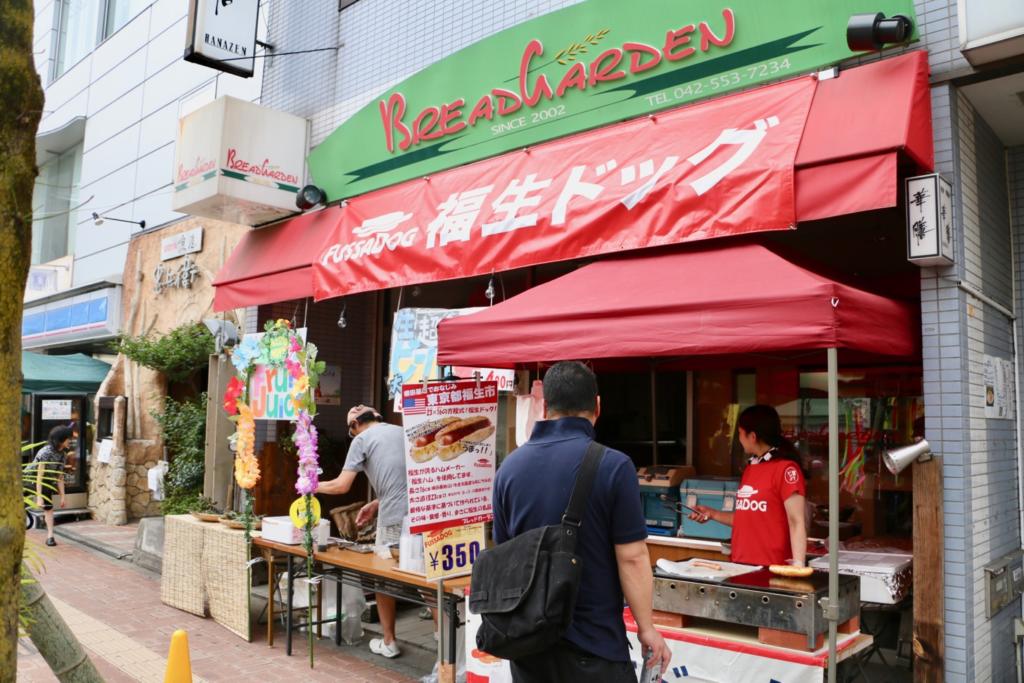 A lot of stalls opened in the store in front of the station and it was very crowded. 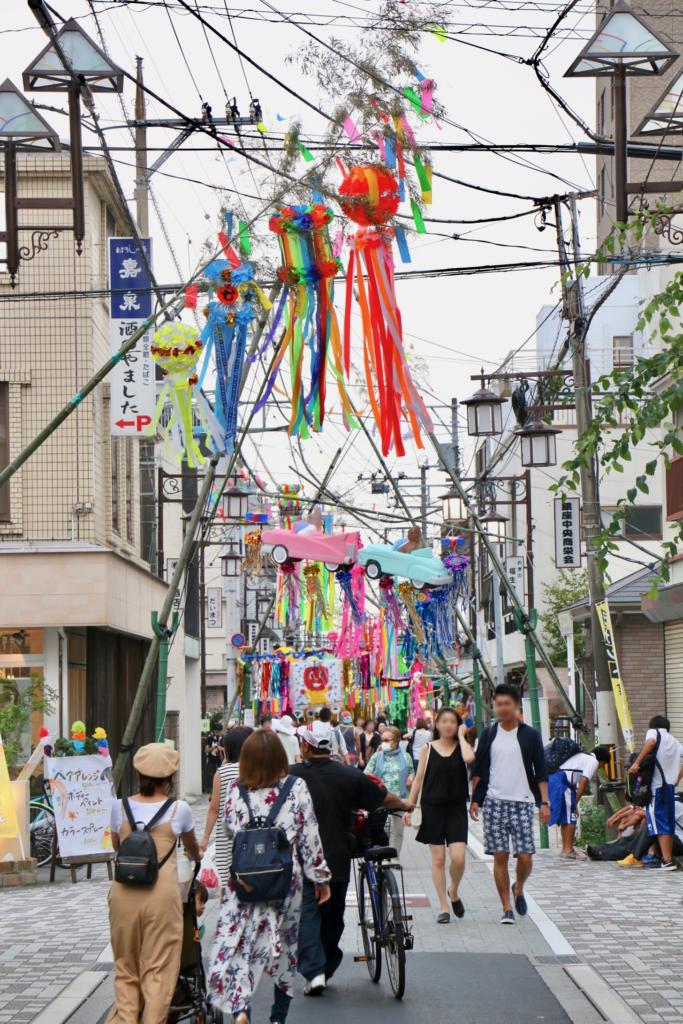 Even in Ginza Dori, which is one from the station square, bamboo decorations are very close!

Fussa City Tourism Association "Crunchy fussThere was a wish section in front of ", and I was able to ask you to write my wish on a strip! 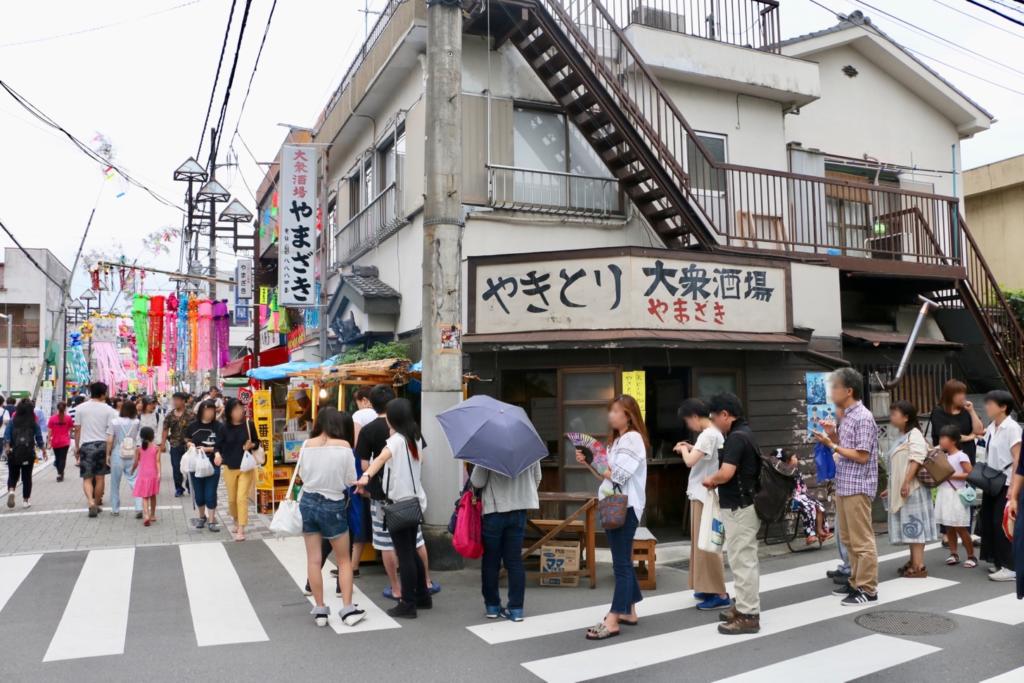 Ginza street shops are also open on this day with festival specifications! 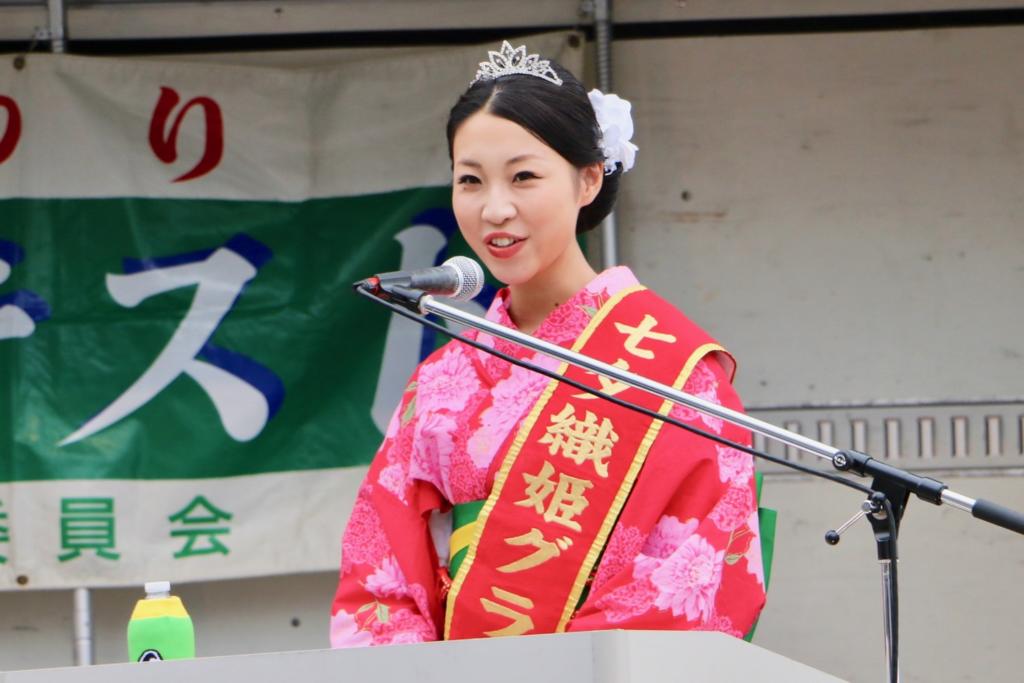 Meanwhile, the first day will be the 15 this timeTanabata Orihime ContestWas opened.

The chairperson is Arion Hino of the Grand Prix last year. 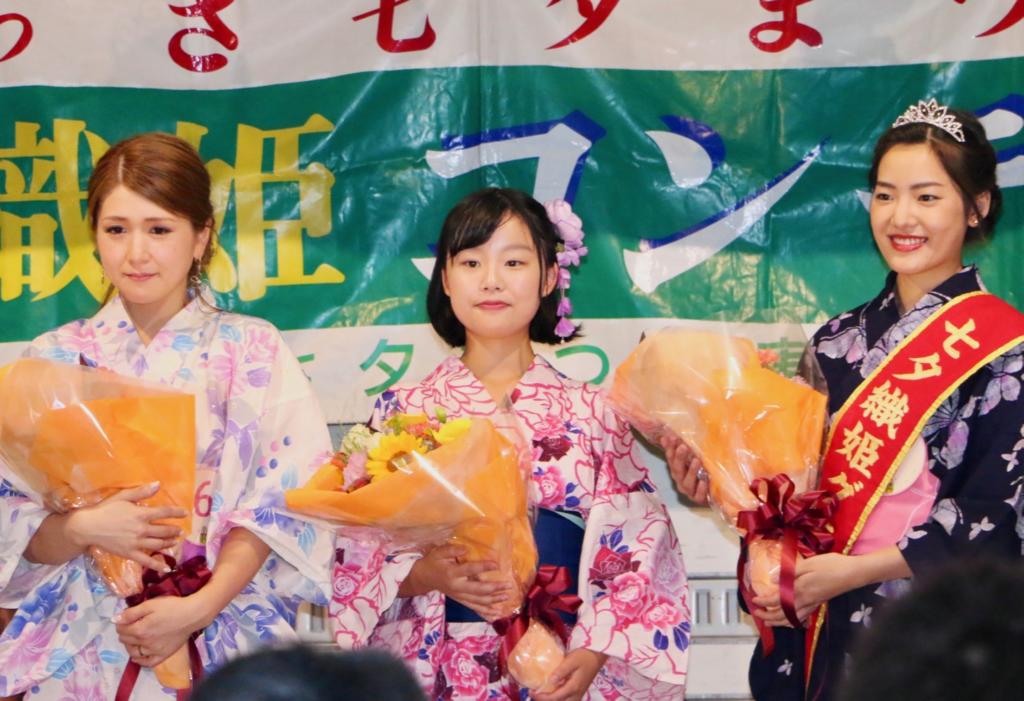 After rigorous screening from among the 16 Orihime candidates, 3 Grand Prix and 3 special awards were selected! 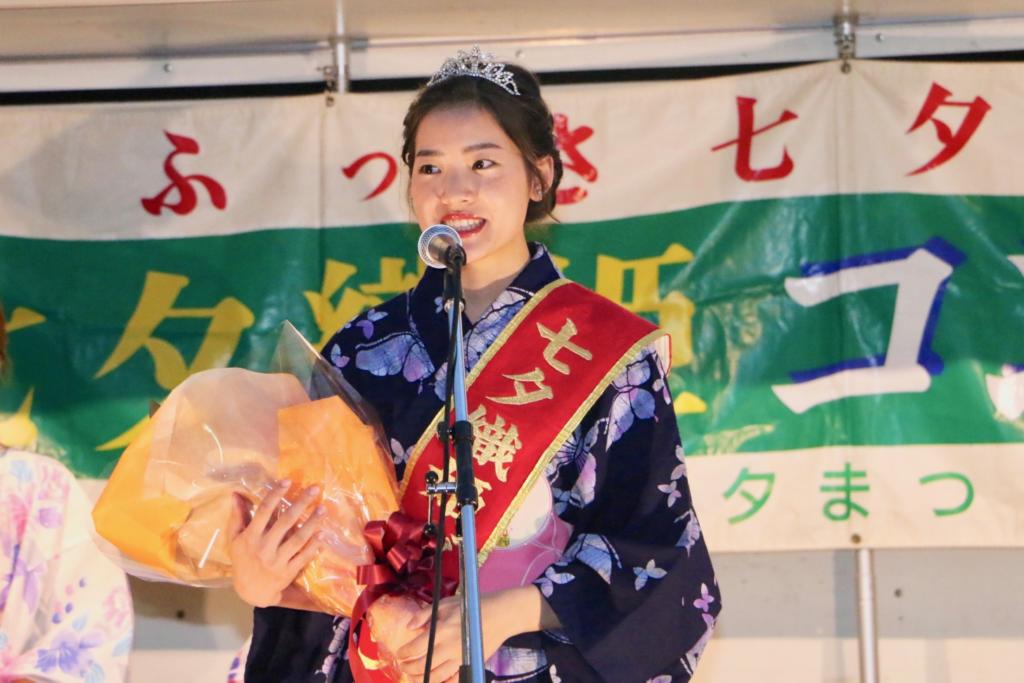 This year's Grand Prix is ​​active as an actorMinato SeguchiMr.

From now on, it will appear in various events as a sightseeing ambassador of Fussa city for 1 years.

Report
We received the Grand Prix at the 15 Tanabata Orihime Contest! !
I am happy to serve as a PR sightseeing ambassador for Fussa City for the 1 year!
Thank you very much, from now on, 福# Fusei # Mino Seguchi # Diffusion hope pic.twitter.com/BYA5AHTyDt

The last day of the Tanabata Festival seems to have already been presided over! Congratulations! 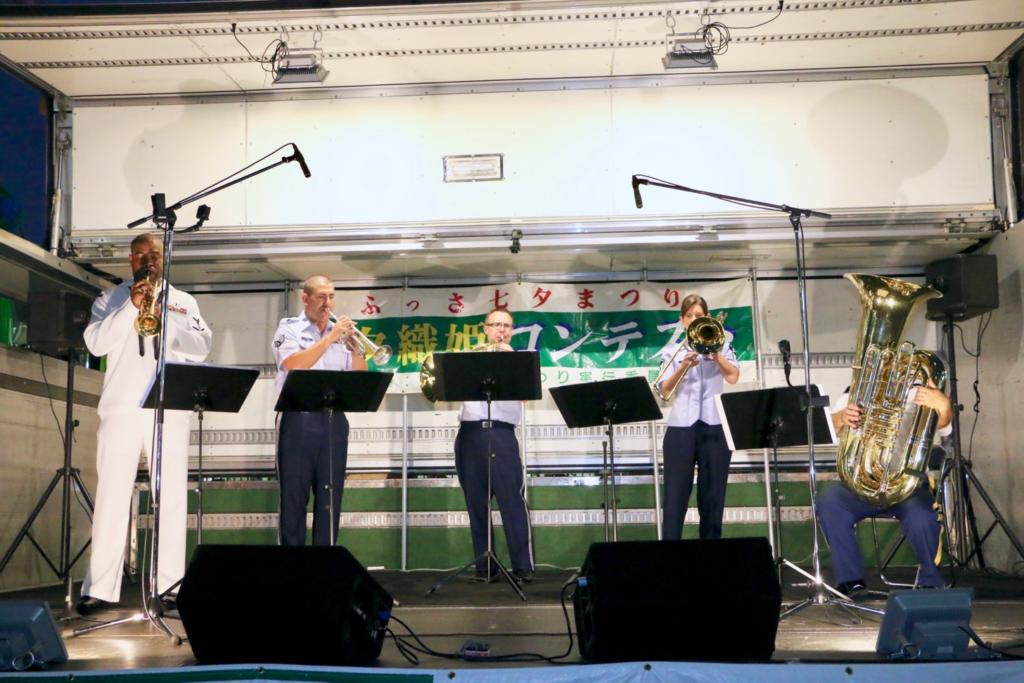 Speaking of Fusei, there was also a performance by the US Air Force Pacific Music Corps "Pacific Brass", as it was the knee of the US Army Yokota base. 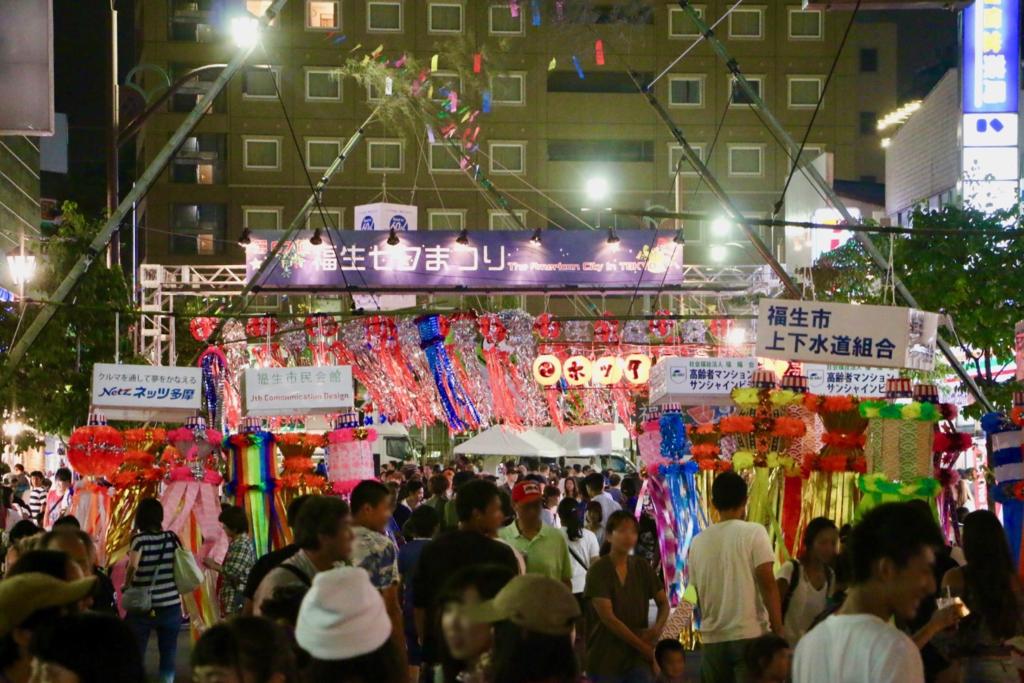 I told you about the design of the first day of the Fusatsu Tanabata Festival.

During the period, it was a fun festival that brought out a strong American-colored Fussa city, such as a folk parade where all 2,000 dancers dance, American Park, and an exhibition of classic cars!