To the Pola Museum of Art in Hakone 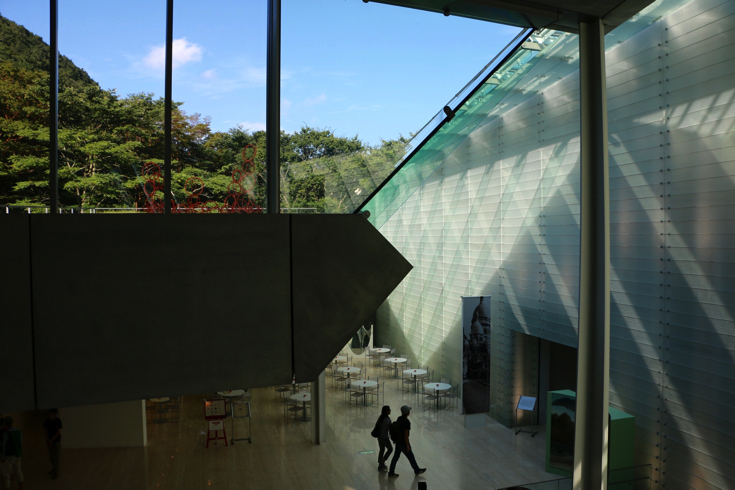 I came to the "Pola Museum of Art" in Hakone Sengokuhara. From Hakone Tozan Railway Gora Station by local bus about 13 minutes. If it's a high-speed bus, you can take the high-speed bus from Hakone Togendai from Busta Shinjuku, and even if you change to a local bus in front of the Chigoro, it will arrive between 2. When you get off the bus from the Pola Museum of Art surrounded by woods, the scent of the soft hot spring will blow in the refreshing breeze. 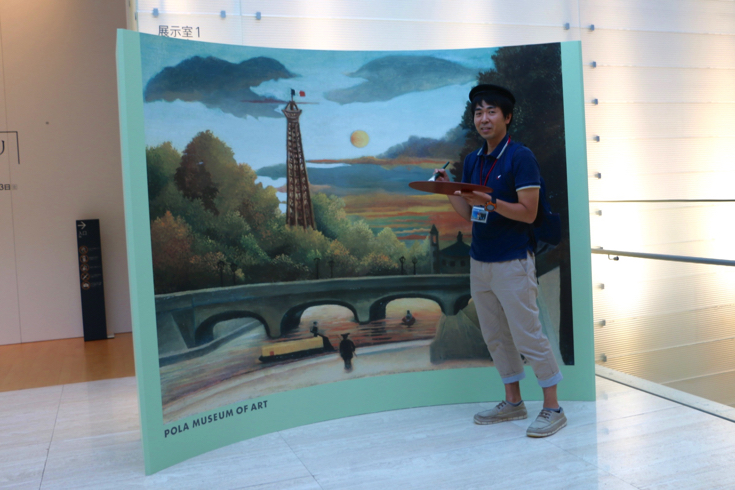 Currently here from 2016 year 9 month 10 (Saturday) to 2017 year 3 month 3 day (Friday)"Rousseau, Fujita, Photographer Gauze's Eyes on Paris Boundaries" ExhibitionIs being held. At the entrance is a representative work of French artist Henri Rousseau, who will be the center of the exhibition.View of the Eiffel Tower and Trocadero PalaceThere is a photo spot where you can take a photo with a beret, a palette and a brush in front of the panel.

"Rousseau, Fujita, Photographer Gauze's Eyes on Paris Boundaries" ExhibitionThe landscape of Paris and its suburbs in the beginning of the 20 century, when the city's exterior changed and the suburbs where many workers and immigrants lived were created around the castle city where the middle class mainly The exhibition is centered on the works of Henri Rousseau, Leonard Fujita (Koji Fujita), and the works of Eugène Agé, who are called "Fathers of Modern Photography".

This time I was able to take a special picture of the inside of the press tour. Well thenWe introduce the design of the exhibition. 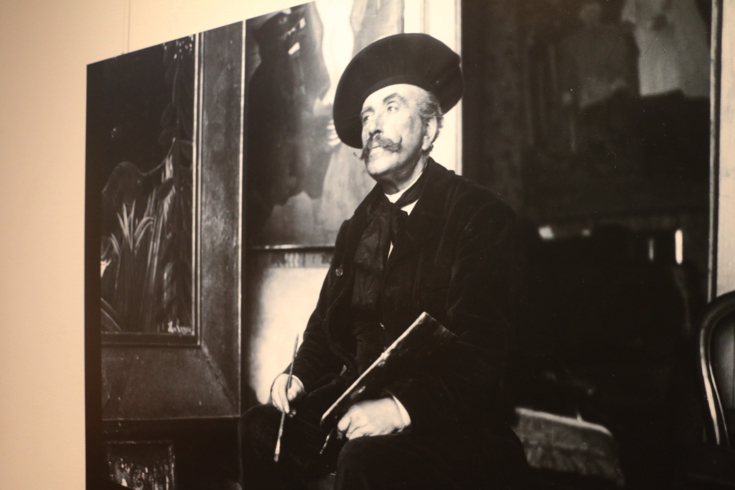 He works as a customs history, draws pictures and is known as a jungle painterHenri Rousseau (1844-1910). 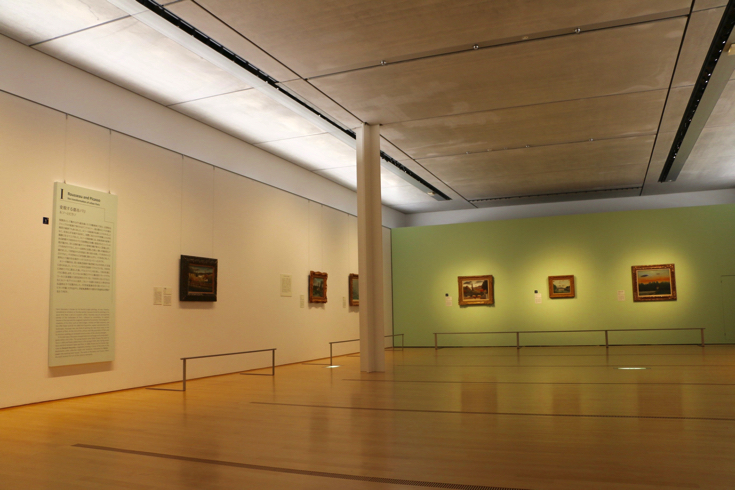 Rousseau's 10 paintings are on display at this exhibition. Picasso's early works are also on display, focusing on the landscape art of the turn of the century drawn by Rousseau and Picasso. Rousseau painted the newly born suburbs, Picasso painted the cityscape of the end of the century and the decadent dwellers and gentiles living there. 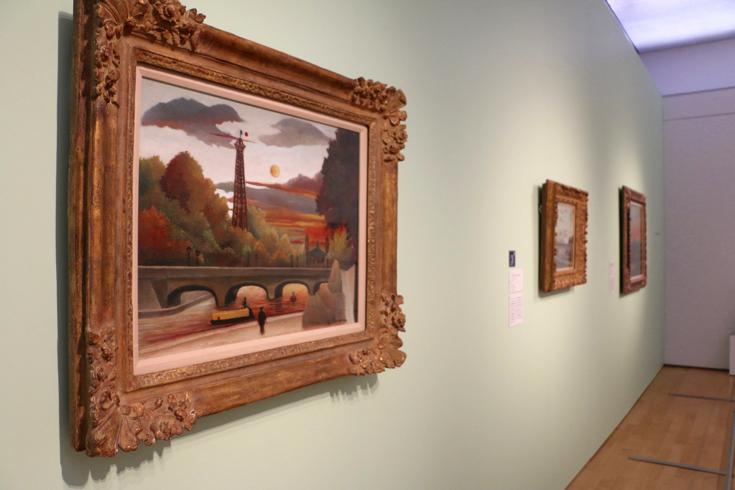 "View of the Eiffel Tower and Trocadero Palace"

This is an impressive work of the time when the Paris Exposition was held, the imposing Eiffel Tower and the sunset. 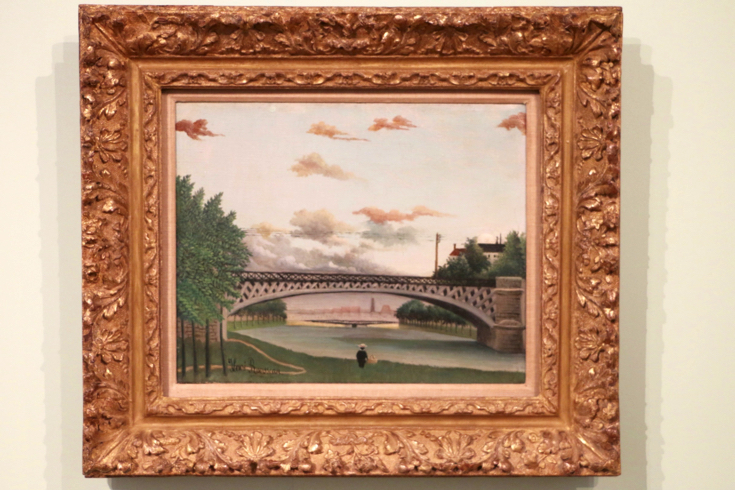 It was very impressive that this Rousseau's work depicts people turning their back and looking at the same scenery. Rousseau personally had a strong impression of a "dream" and a strong image of a jungle-themed painter, but this work that cuts out the boundaries of Paris is very fresh.

Fujita, Paris of the jane 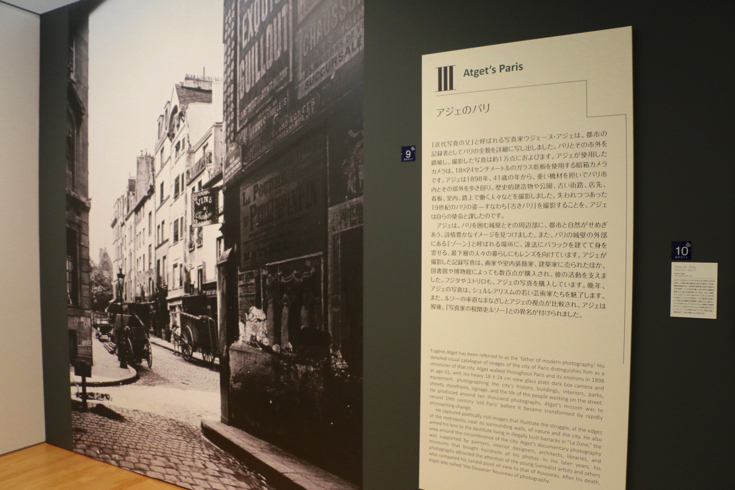 Born in Tokyo, traveled to France in the year 1913, and became popular as a representative of Egor de ParisLeonard ・ Fujita (Koji Fujita) (1886-1968)The work of 65 points including the early landscape paintings.

After frustration of actors and painters, he became a professional photographer and was called "the father of modern photography"The works of Ujune-Age (1857-1927) exhibit about 120 points. 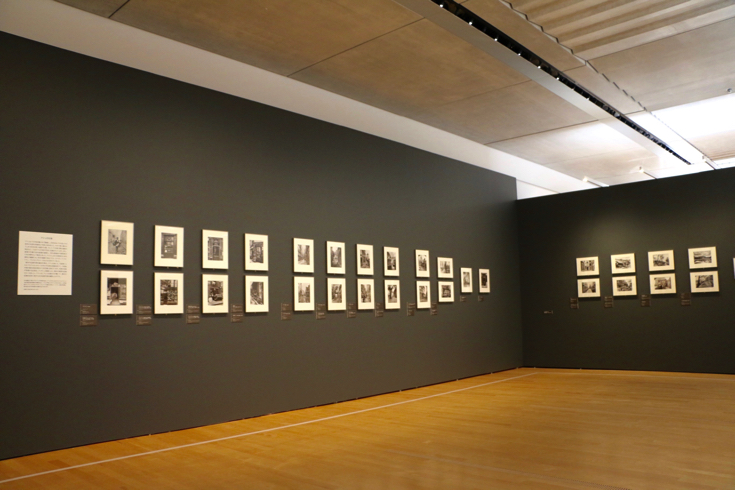 JaneWe carefully recorded the “old good Paris” that changed, such as photographs that became the material of the artist's production, the Paris cityscape, and the figure of the craftsman. A work that makes you feel an unreal world while capturing reality, is attractive enough to look into each piece for a while.

"Rousseau, Fujita, Photographer Gauze's Eyes on Paris Boundaries" ExhibitionIs a wonderful exhibit that will give you an in-depth look at the many works of the collection of the theme of the new and changing Parisian era, as well as creative and unconventional artists who transcend the boundaries of existing academic art. was.

We can enjoy special course menu in restaurant "array" 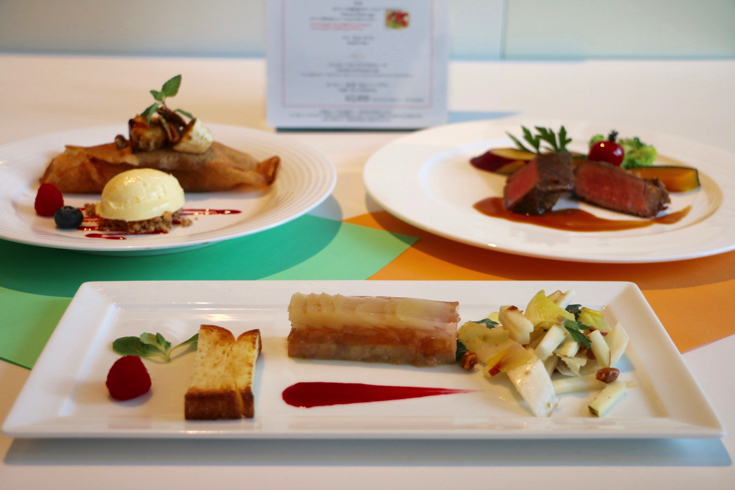 Restaurant attached to the Pola Museum of ArtarrayOffers a special course menu for the special course "Rousseau, Fujita, and Paris of Agia", which is linked to this exhibition. (The price is including 2,880 yen) 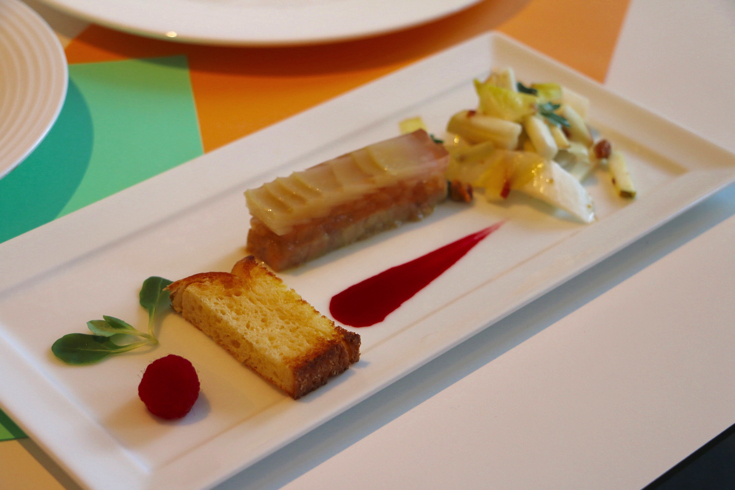 Hors d'oeuvreFoie gras and apple terrine with a salad of chives". Terrine is Rousseau'sView of the Eiffel Tower and Trocadero PalaceItem which imaged the bridge of]. 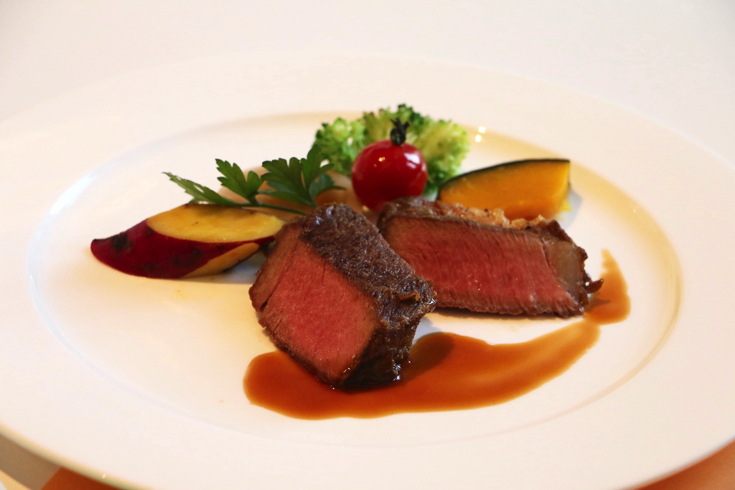 An item inspired by Fujita and finished in French japone. It looks delicious (^ ^) If you add 450 yen to the main "Omar Prawn NageYou can change it to 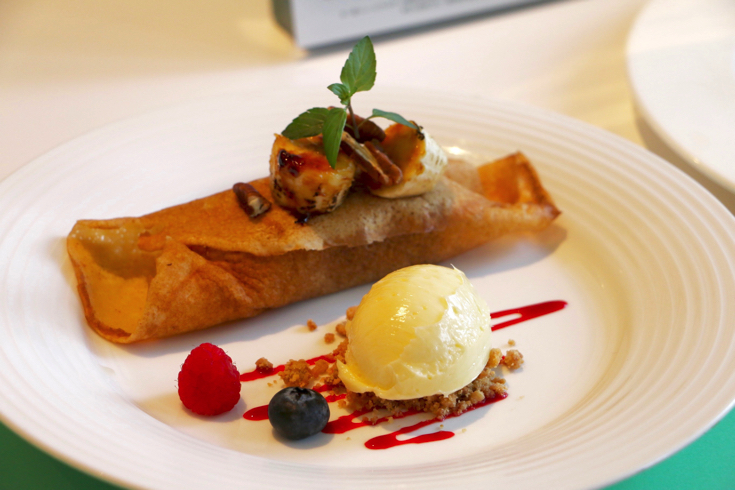 The dessert is "Chocolate and banana crepe. "

Finished with a chocolate, coffee mousse and caramelised banana, a crepe that was liked by AGE. 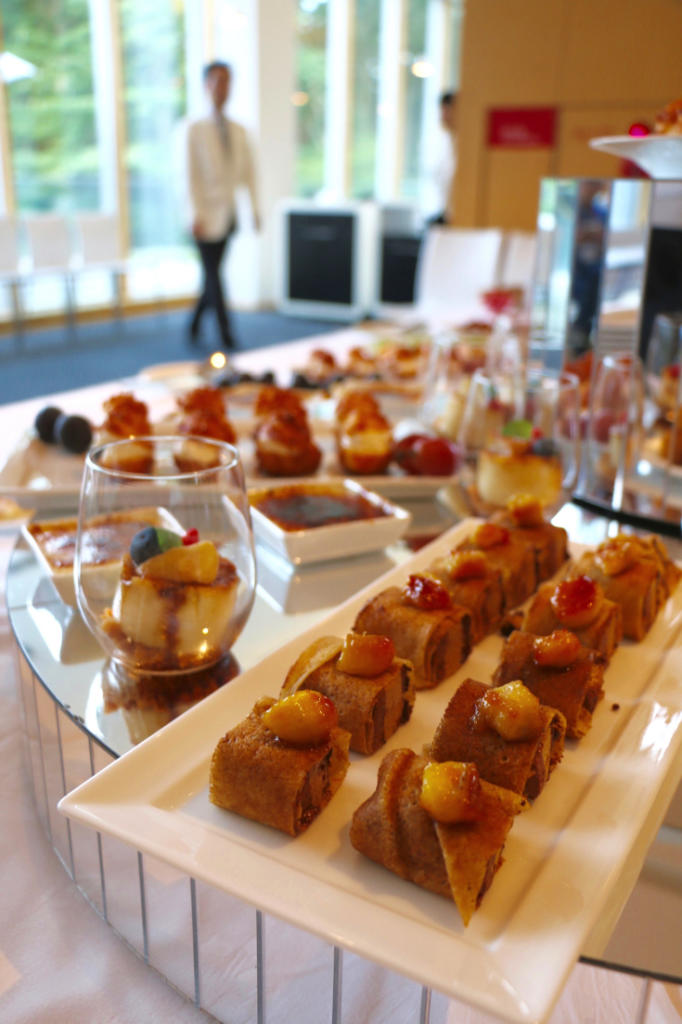 On this day, I did not have course food but snacks on the press tour, but I was surprised at the atmosphere of the hotel restaurant. There is also a cake set at Cafe "Tune", so it's good for a break after watching!

The Pola Museum of Art is also full of highlights 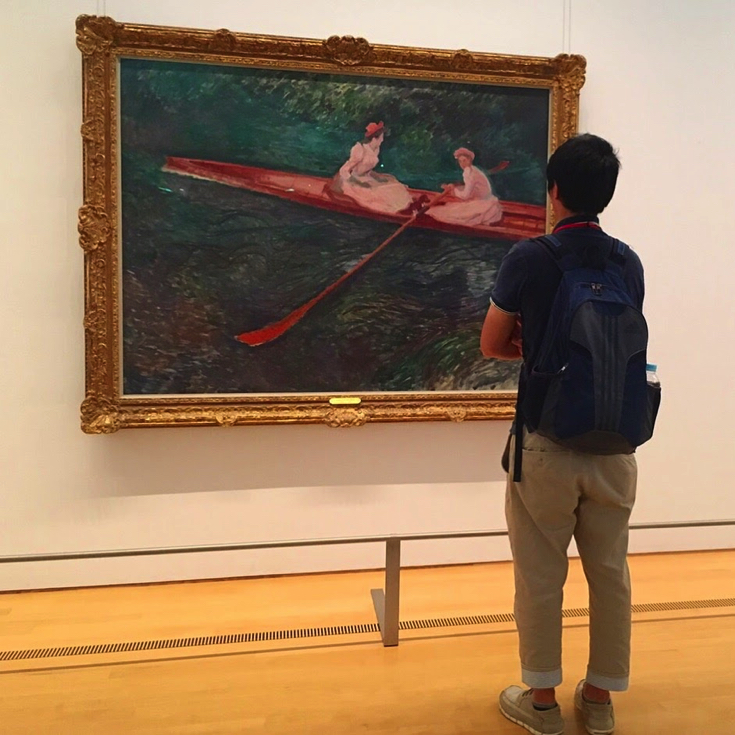 At the permanent exhibition of the Pola Museum of Art, a collection of about 400 points of modern Western paintings such as Gogh, Monet, Renoir, Picasso etc. is also stored, and you can enjoy a luxurious moment. It is possible to take photos of some of the works in the holdings exhibition room, so you can take pictures like this! Here is Claude Monet's "Rossy boat". 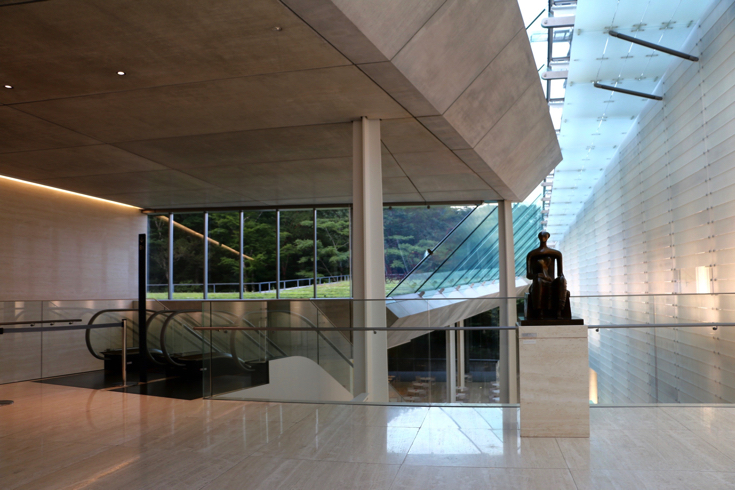 Hakone has come many times, but the Pola Museum of Art was the first time this time. It is very nice to be touched by global art while being surrounded by green! I could not go on this day, but it would be very good for the Pola Museum of Art to have a promenade "Wind Walk" in the woodland where wild birds and beech trees are crowded! I would also like to find an opportunity again.