The London Olympics will finally begin!
The hot pot of the fierce war is cut for 17 days until August 12.
Under such circumstances, the app "XNUM X Billion X NUM X Ten Thousand Cheers" will be released from NTT docomo and JOC to support Japan's representative team! 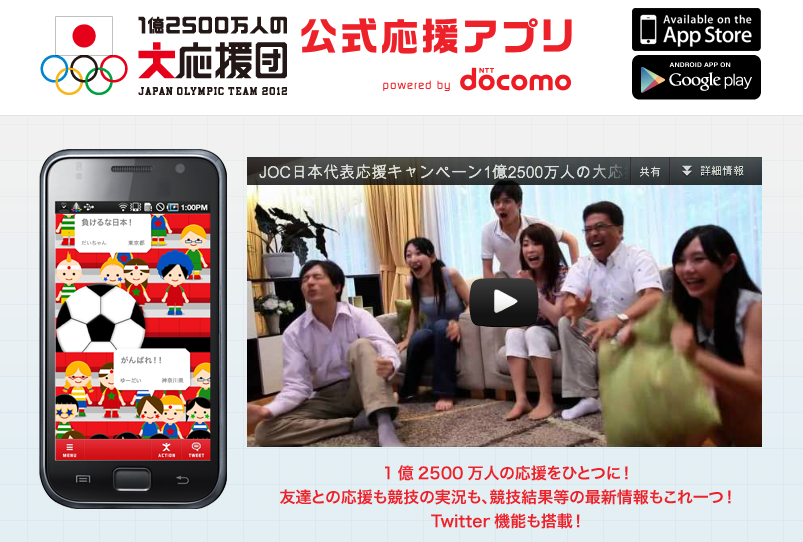 This time, it is said that "social Olympics" is the first Olympics that twitter and facebook have spread to the world.

Of course, the result bulletins, messages from players' directory and leading players of Japan representative.

It is useful to have something like a reminder to broadcast on TV or a match schedule. ^ ^

The avatar can also be set, and TL feels as if you were cheering at the stadium ^ ^

What kind of drama will be born really this London Olympics ^ ^
Large cheering party of 1 billion 2500
Category: Sports, Entertainment