Tokyo Walkpo changing icon photo at the beginning of the year each year@tokyosanpopo)is.

The other day, I took an icon photo for next year, but unlike last year I went in a different direction than I thought. It is such a story this time. 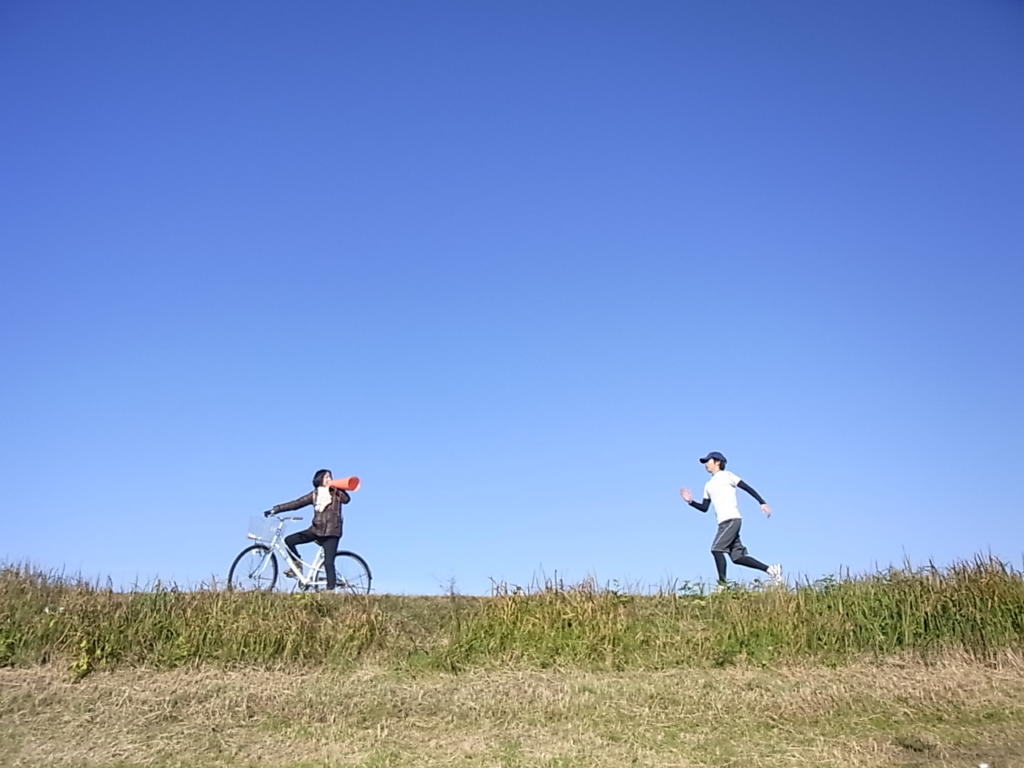 We take icon photos every 1 times each year. So far I have changed photos about 4 times. Every time I go to various locations with XNUM people, I shoot with a self-timer. The first year is the mountain near our house. Tokyo Sky Tree in the 2 year. And I went to the Tokyo marathon this year, so I trained on the Tama River bank.

Every year I used to take a dash with my self-timer, so I was able to get to know various people this year with a photo walk, so Pen's reform, Miya-kun, who helped me take the walk event the other day.@ PEN_PEN_I asked you to take a picture.

I was happy to accept it, and I was wondering what kind of photograph I would like to make this time, one of which was Paul McCartney's recent Japan tour and I saw it on television.

Speaking of the Beatles, there is a famous jacket photo. That's right Four of the Beatles walk on the pedestrian crossingAbbey RoadFront cover photo of the album.

This time, I thought it would be interesting to take a photo with an Abbey Road style with a ginkgo tree back at the Jingu Gaien, and I consulted with Miya. 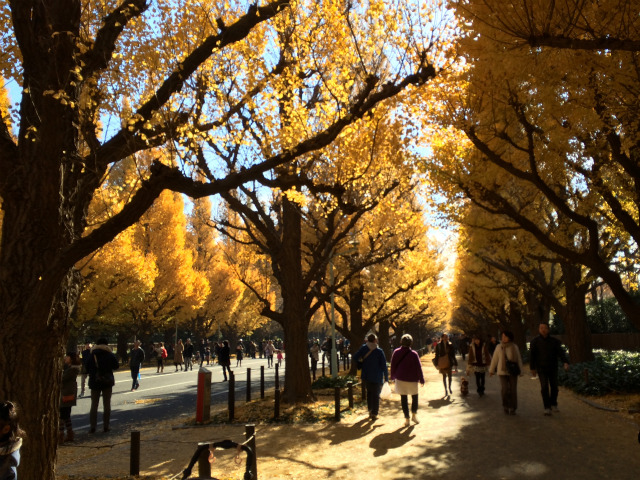 And it was the beginning of 12 month that went to the Jingu Gaien in the preliminary draft. The Gingko lined trees of the Jingu Gaien were also a lot of people at the peak period.

The driveway of Ginkgo tree-lined trees will be half hot on Sunday, but there are many people on the driveway.

Well, I will try to look for a shooting location while doing a preliminary inspection, but people will always be reflected if it is a Ginkgo tree-lined tree (^ ^;)

It looks like it's distracting. It can not be helped.

Because there is a bench along the sidewalk of the ginkgo tree-lined tree which I thought one more, I took it for a while.

People also pass through this area endlessly, but somehow I saw the person's break and Miya-kun took it.

Yeah, I feel quite good (· 感 じ ·)
That's OK with this, but I absolutely wanted Abroad to shoot and looked for other places.

Then there is a way to go to the Chichibunomiya Rugby Field when you enter the Ginkgo Tree-lined Street sideways.

The front is just the entrance to the parking lot, but the back of the car is closed and you notice.
What? There are few people?

There are many Ginkgo bilobas here, but I decided to shoot here because there are few people. 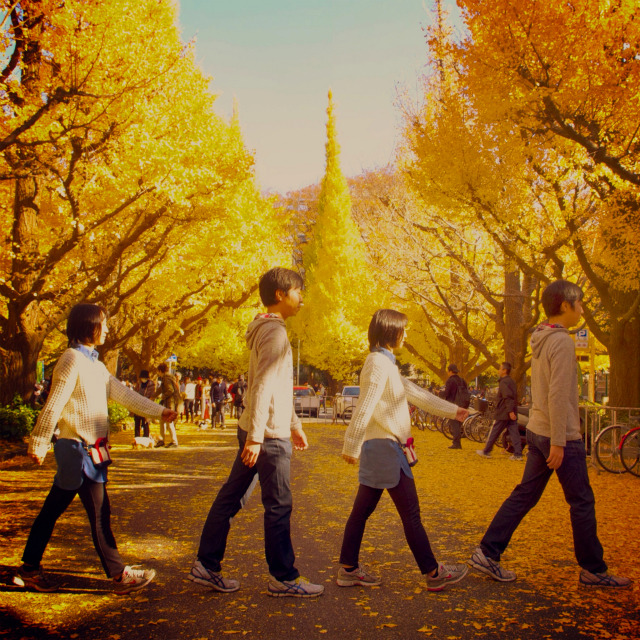 ↑ The photo I got composite.
I did not understand the seam at all and finished in a natural feeling ^ ^

Oh! This good feeling (・ (·)
The color of ginkgo also comes out and it is quite delicious!
I want to go with this icon next year!

To take a jump picture I took before. 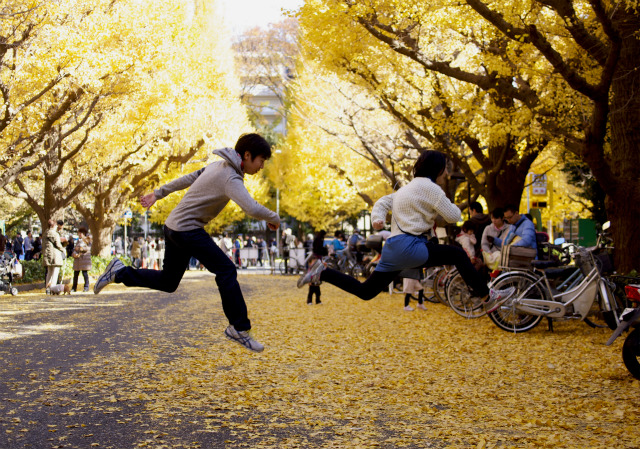 ↑ I am completely defeated by the jumping power of my wife ^ ^;

The timing of the jump photograph is life,

Every time I feel bad, I feel halfway.

In comparison with that, the jumping power of the bride is a place that I feel like my wife.

In Arthur's jump of the devil village completely and ...

That's the end of this day's icon photo session. 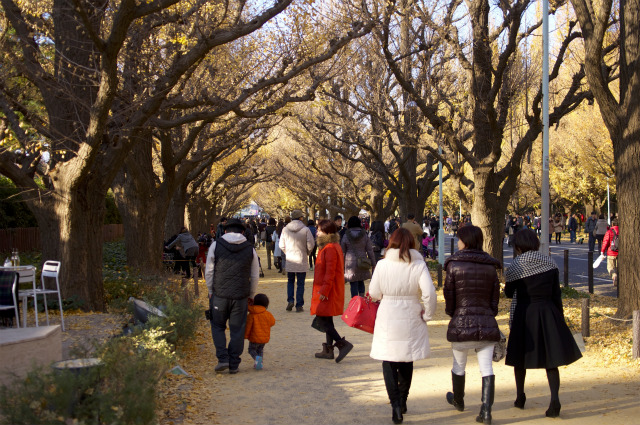 And just the other day, we held the first walk event. Thanks to everyone enjoying it, I was relieved on the way back to the launch party.

Mr. Keisuke who participated on this day (@Keisuke_Photo), But I want to see Arthur jump that the wife was up to Fb, I want to do it (^ ^;) What an unexpected development.

The front of the shop at the launch site was a bridge deck of Sobu Line, and it was a good feeling of brick construction, so I jumped with my wife and two in front of it. Miyako-kun, of course. 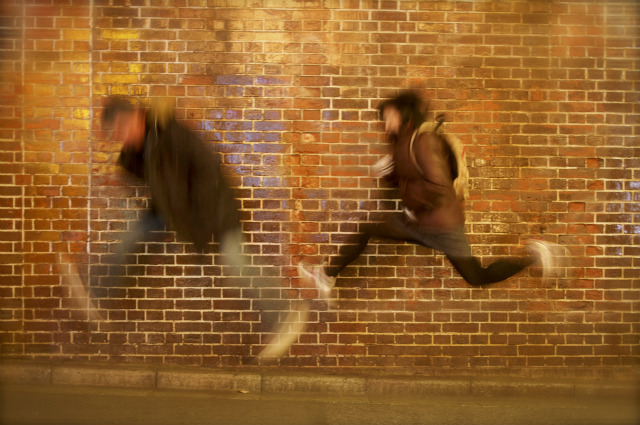 ↑ The picture is here!

The shutter speed slowed down at night, so it became a jump photograph full of excitement.

Keisuke-san is great too, but the stable jumping power of his wife is not good (^ ^;)

I wonder if I made this series and made it a TOLOT calendar ... 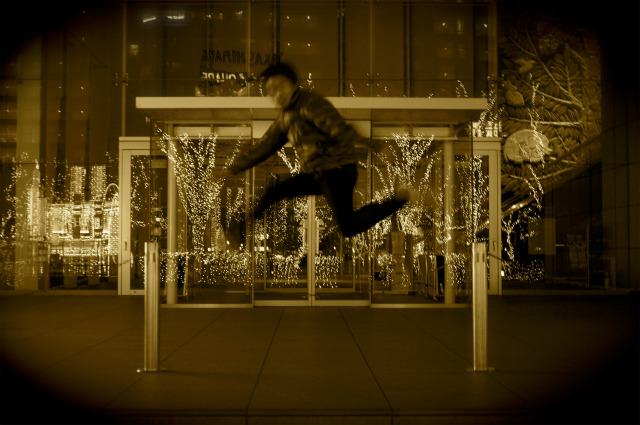 ↑ I came to here so I could not stay silent so I jumped to the illumination of Shinjuku.

It is an icon photo that I used to shoot with two people every year until now, but thanks to the fact that I got to know many people this year, I got everyone to cooperate and I took a very good photo I can remember!

And to the collaboration photo. . Too nice ^ ^

Next year I would like to make further progress with this icon picture!