A sacred site for soccer Japan representative at the venue of the Tokyo Olympics in 1964. I will tell you the design of the event day. 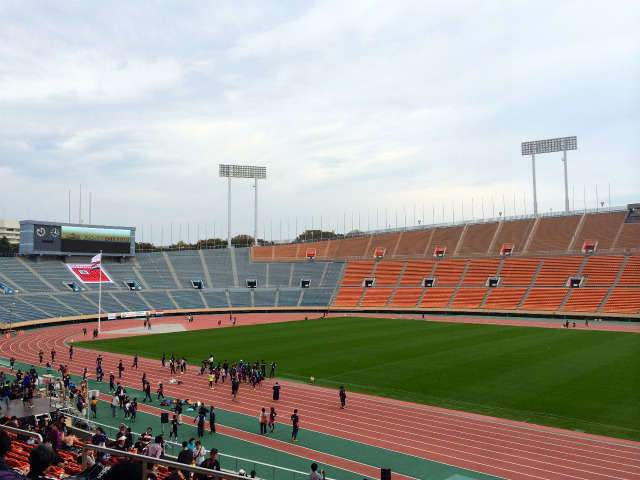 The National Kasumigaoka Athletic Stadium, which opened in 1958, is an athletic stadium that can accommodate approximately 50,000 people. An undisputed competition facility that was used as the main venue for the XNUM X Olympic Tokyo Games.

This time, the XNUM X people participated in the event by saying that it was the last day before demolition! 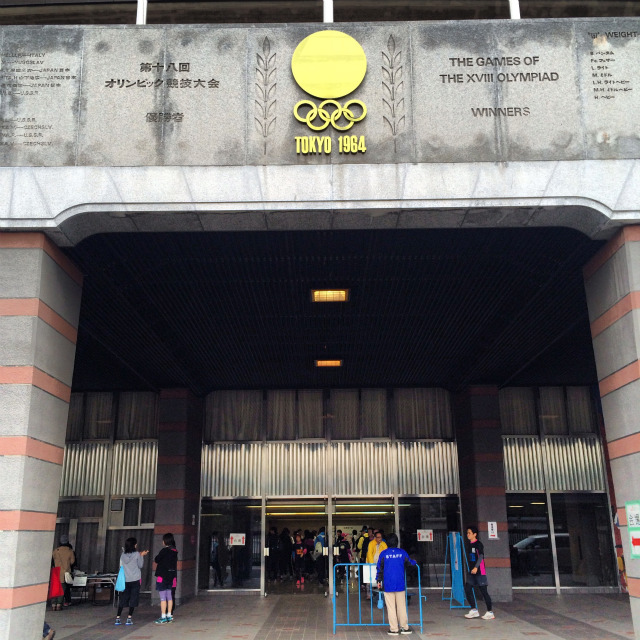 Normally you enter the stadium stand from Aoyamamon or Sendagayamon, but this time you enter from the main entrance which can not be entered normally! This is very valuable!

The names of the winners of each competition at the XNUM Tokyo Olympics are engraved on the front entrance. 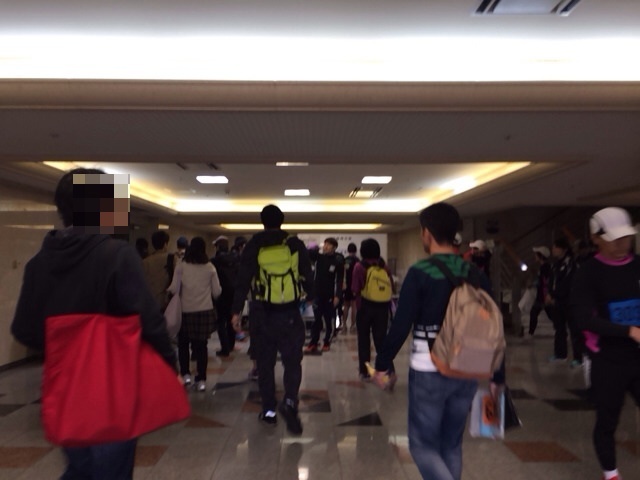 Lobby which entered from the main entrance.

I usually can not enter here. The interior is the same as at the time, so I feel a little bit ^ ^ 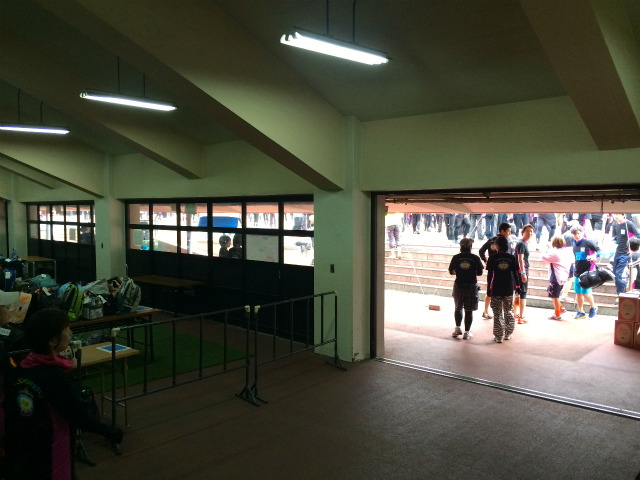 Next to the lobby is this area leading to the track.

A place to see well before the entry of players for the national match! 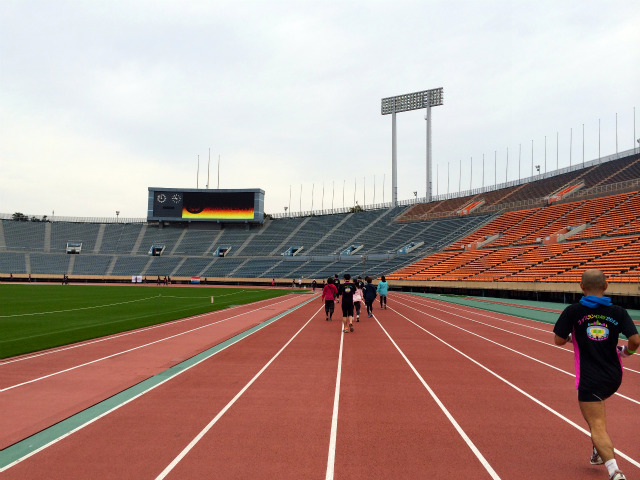 Oh yeah-it's good, the track is easy to run! 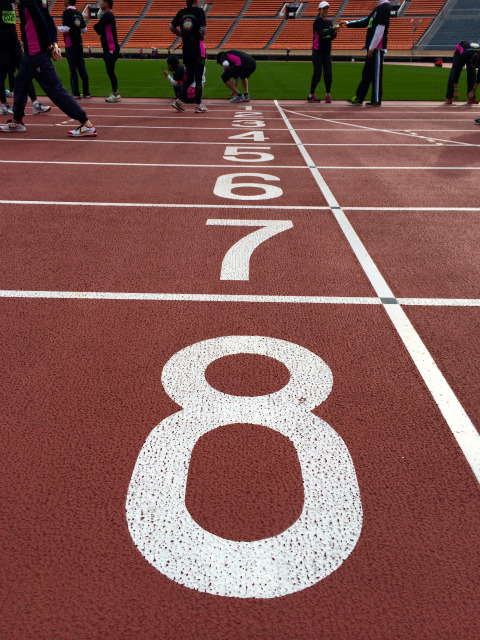 Finish line. It is a place where many famous games have been unfolded.

For myself, Carl Lewis's new 1991m record of the 100 World Athletics Tokyo Championships is very memorable ^^

That was a good game. 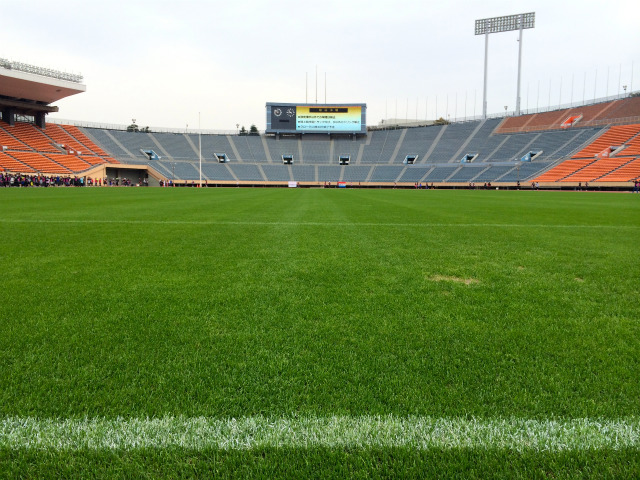 High tide before the pitch

Just behind the goal ~ 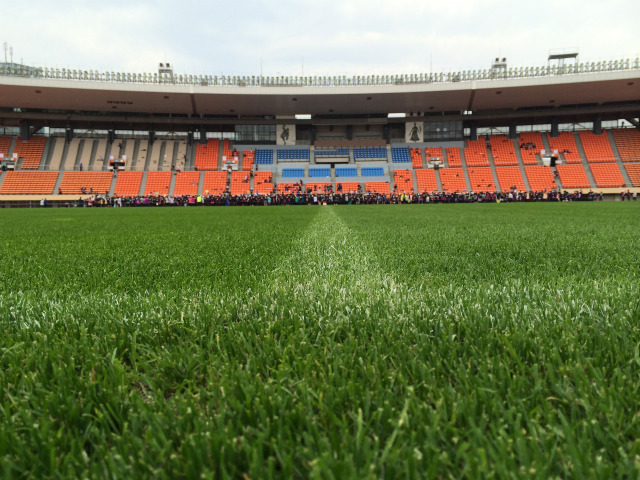 It looks like looking at the center line from the front. 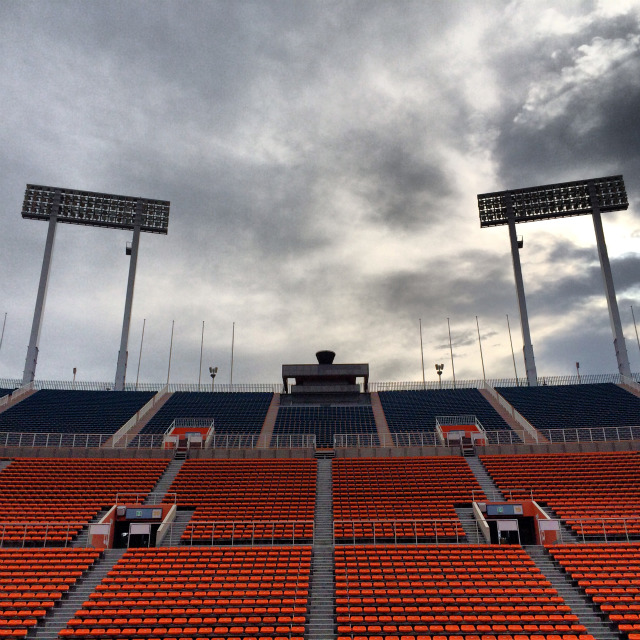 And I want a torch.

The event will begin soon! 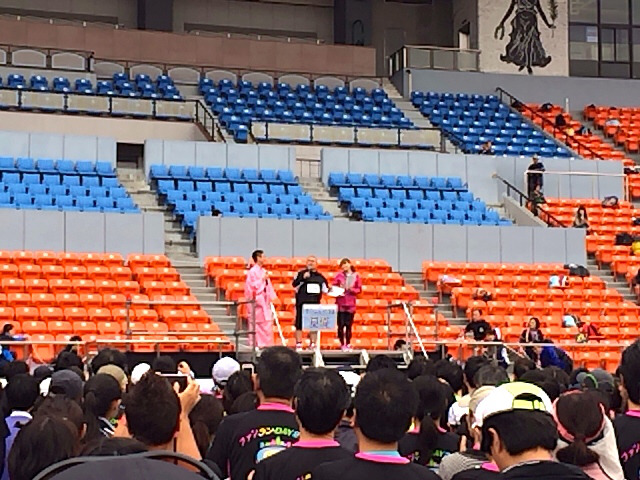 Kunihiro Matsumura appears as a guest! Speaking of which, it was also a temporary cardiorespiratory arrest at the Tokyo marathon of 2009 years.

I participated in the run event by walking on this day. I made a high touch with everyone. My hands have been punished (^ ^;) 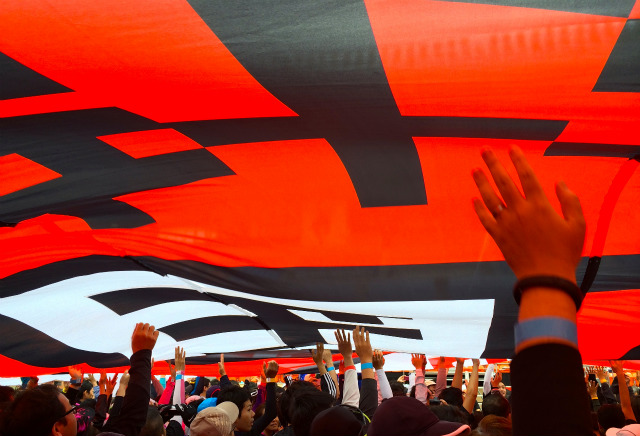 Some flags came out at the end of the opening ceremony ~. 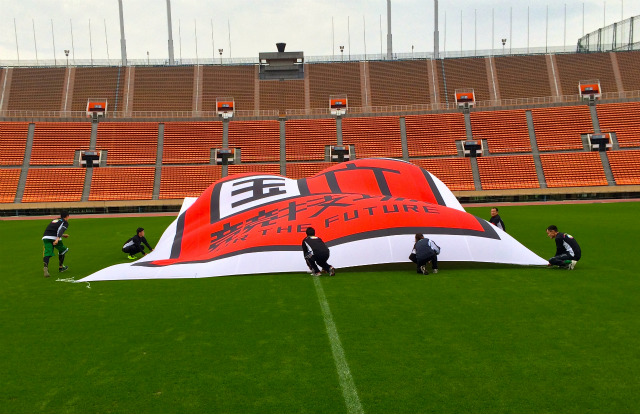 A flag that says "SAYONARA National Stadium" has appeared. 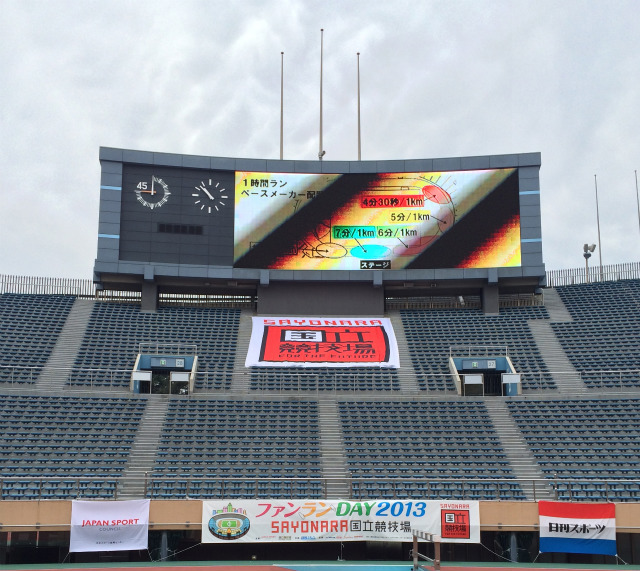 Then it was raised on the stand.

After this, a running clinic was held divided into each class! 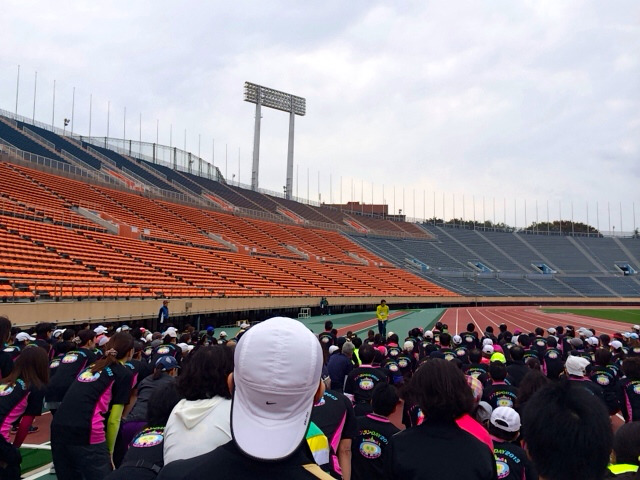 This time I go to intermediate class. The clinic theme was the running clinic of Takehiro Sonohara, representative of Barcelona Olympic Racing XNUM X km, as a running technique to raise the level.

I thought that I was a race player and I really valued the running posture. And the chatter was also witty and I was able to study very fun! Mr. Sonohara is quite interesting ^ ^ 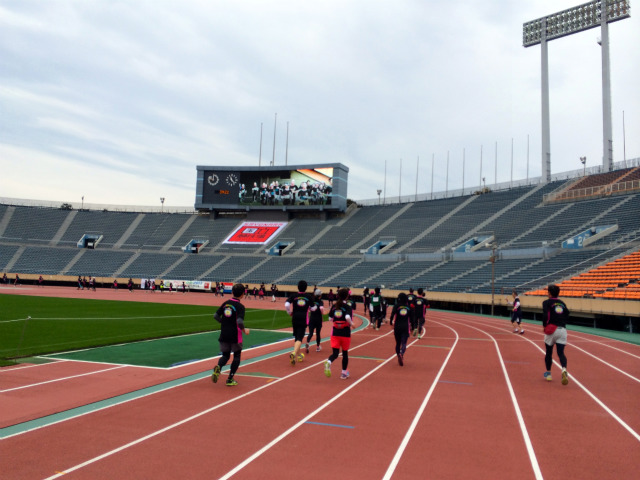 After the run clinic, the main event is one hour run!

Run for 1 hour on the 3 km track around the stadium track and the Jingu Gaien! 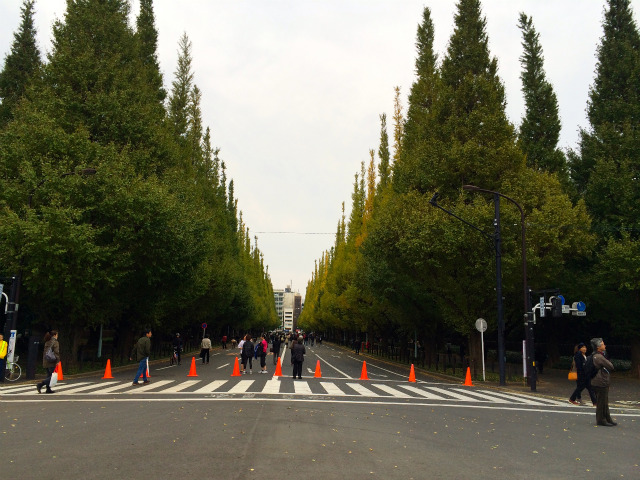 The Gingko lined trees of Jingu Gaien finally felt like they were beginning to color.

There were a lot of people running besides our run event.

This is exactly the holy place for sports. 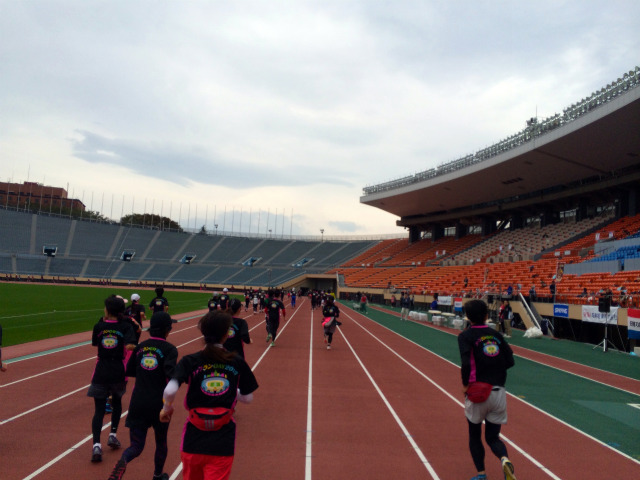 The temperature on this day was a bit chilly, but when I started running I felt my body was just right. 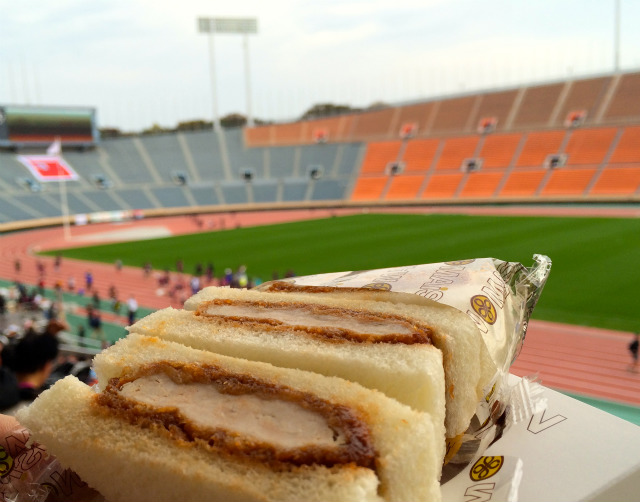 After running, we had a soup service and a “Hire Katsu Sand (3 sliced ​​400 yen)” at the food corner “Tonkatsu Maisen” ~

It was a very enjoyable run event as we ran in the country, which we have longed since childhood.

Demolition will begin in the summer of next year, and construction of a new national stadium in 2020 will begin, but it would be a waste to destroy everything.

I would like to see the torches and iconic things to be left for future generations.

New National Stadium Opening Event will be held in 12 / 21. Usain Bolt is coming!

One coin "Photo Calendar" has been made at the TOLOT new factory! ...
SPONSORED LINK